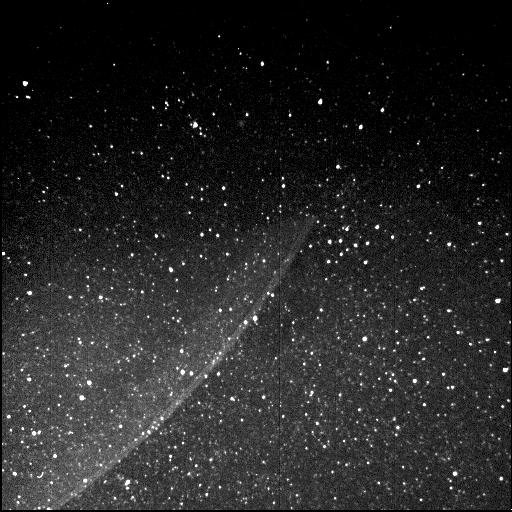 Juno's Radiation Monitoring Investigation used the Stellar Reference Unit (SRU) star camera to collect this image of Jupiter's ring -- half in Jupiter's shadow -- during Juno's 13th science orbit on July 16, 2018. The image was collected from a unique high latitude vantage point (55 degrees north latitude) just as Juno flew inside the ring. The bright inner band is Jupiter's main ring, the halo ring is to its left, and the gossamer rings are to its right.