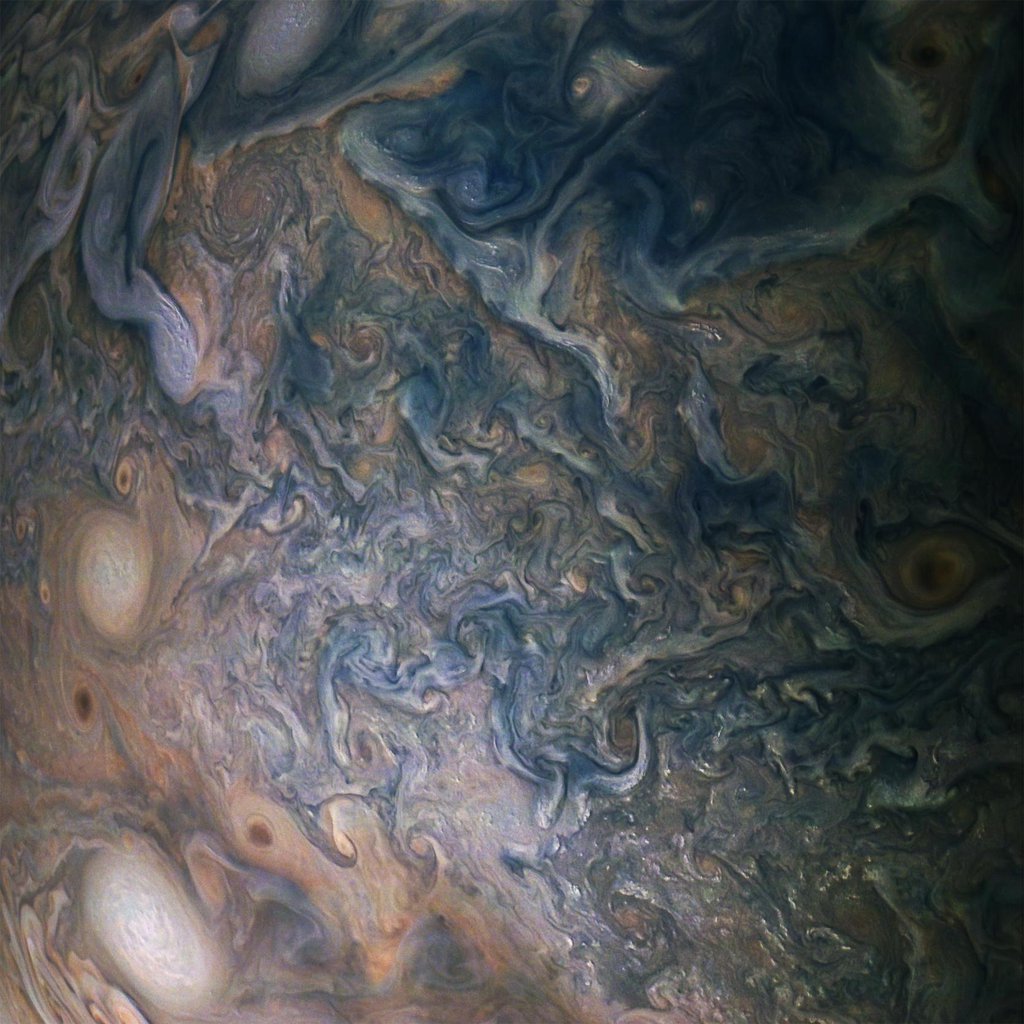 A multitude of bright white "pop-up" storms in this Jupiter cloudscape appear in this image from NASA's Juno spacecraft. This color-enhanced image was taken at 1:55 p.m. PDT (4:55 p.m. EDT) on Oct. 29, 2018, as the spacecraft performed its 16th close flyby of Jupiter.