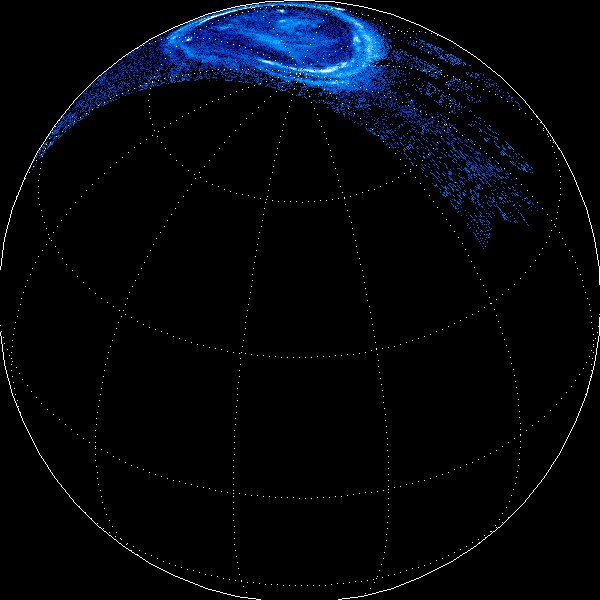 This is a reconstructed view of Jupiter's northern lights through the filters of Juno's Ultraviolet Imaging Spectrometer (UVS) instrument on Dec. 11, 2016, as the Juno spacecraft approached Jupiter, passed over its poles, and plunged towards the equator. Such measurements present a real challenge for the spacecraft's science instruments: Juno flies over Jupiter's poles at 30 miles (50 kilometers) per second -- more than 100,000 miles per hour -- speeding past auroral forms in a matter of seconds.