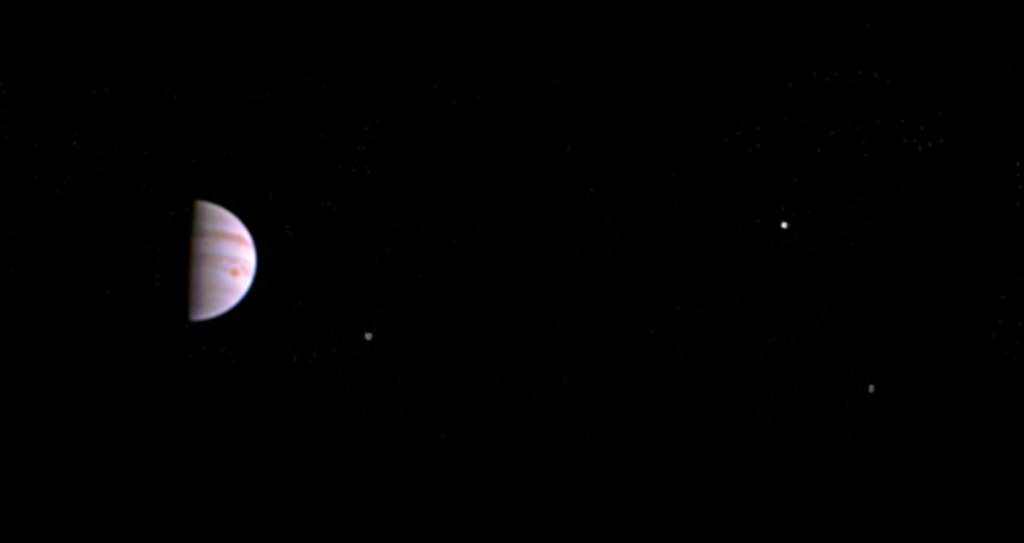 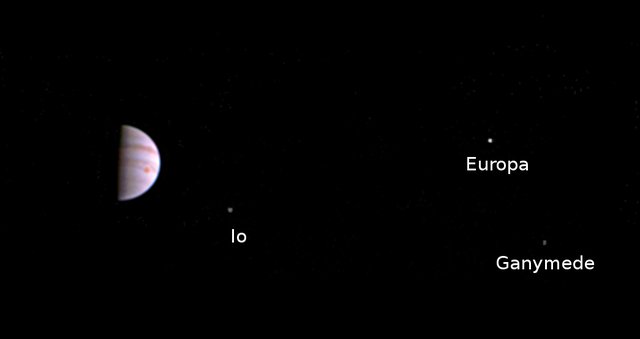 This color view from NASA's Juno spacecraft is made from some of the first images taken by JunoCam after the spacecraft entered orbit around Jupiter on July 5th (UTC). The view shows that JunoCam survived its first pass through Jupiter's extreme radiation environment, and is ready to collect images of the giant planet as Juno begins its mission.

The image was taken on July 10, 2016 at 5:30 UTC, when the spacecraft was 2.7 million miles (4.3 million kilometers) from Jupiter on the outbound leg of its initial 53.5-day capture orbit. The image shows atmospheric features on Jupiter, including the Great Red Spot, and three of Jupiter's four largest moons.

JunoCam will continue to image Jupiter during Juno's capture orbits. The first high-resolution images of the planet will be taken on August 27 when the Juno spacecraft makes its next close pass to Jupiter.