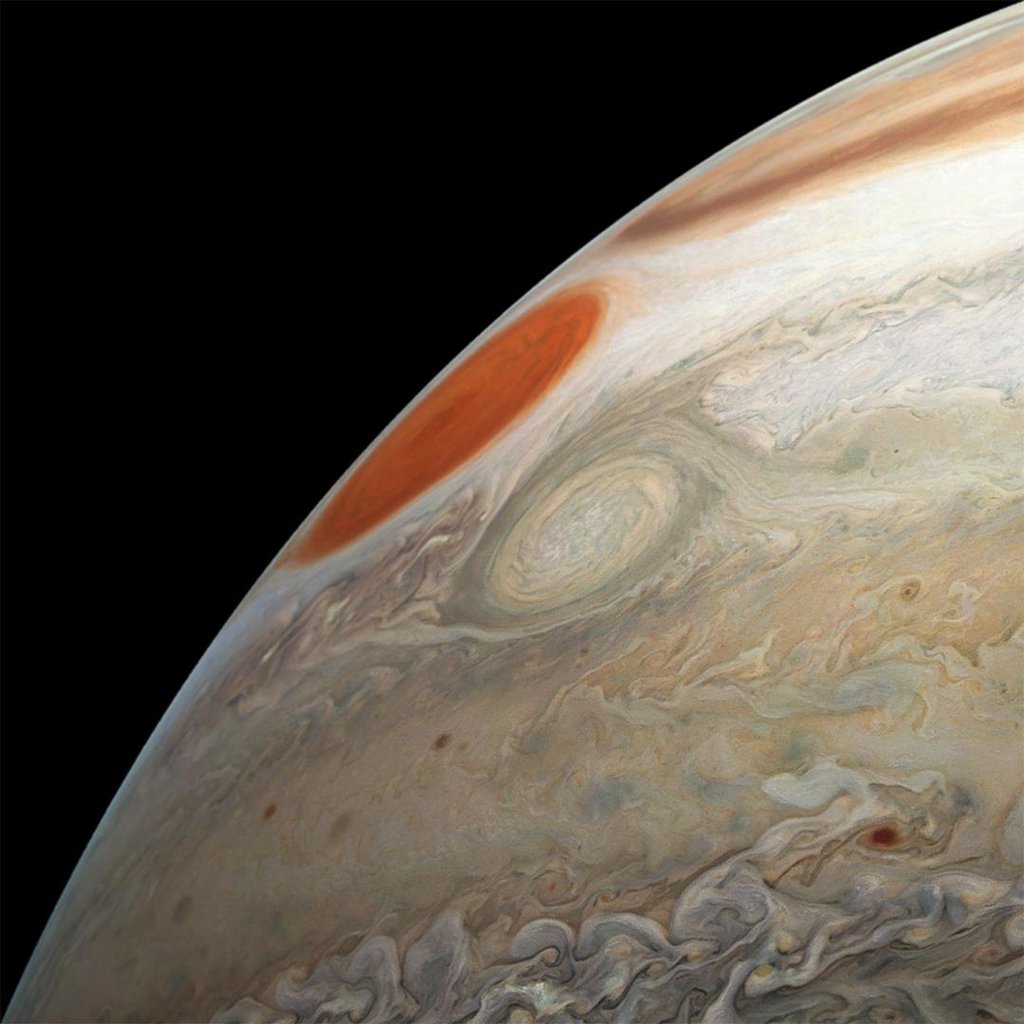 This image of Jupiter's turbulent southern hemisphere was captured by NASA's Juno spacecraft as it performed its most recent close flyby of the gas giant planet on Dec. 21, 2018.

This new perspective captures the notable Great Red Spot, as well as a massive storm called Oval BA. The storm reached its current size when three smaller spots collided and merged in the year 2000. The Great Red Spot, which is about twice as wide as Oval BA, may have formed from the same process centuries ago.

Juno captured Oval BA in another image earlier on in the mission on Feb. 7, 2018. The turbulent regions around, and even the shape of, the storm have significantly changed since then. Oval BA further transformed in recent months, changing color from reddish to a more uniform white.