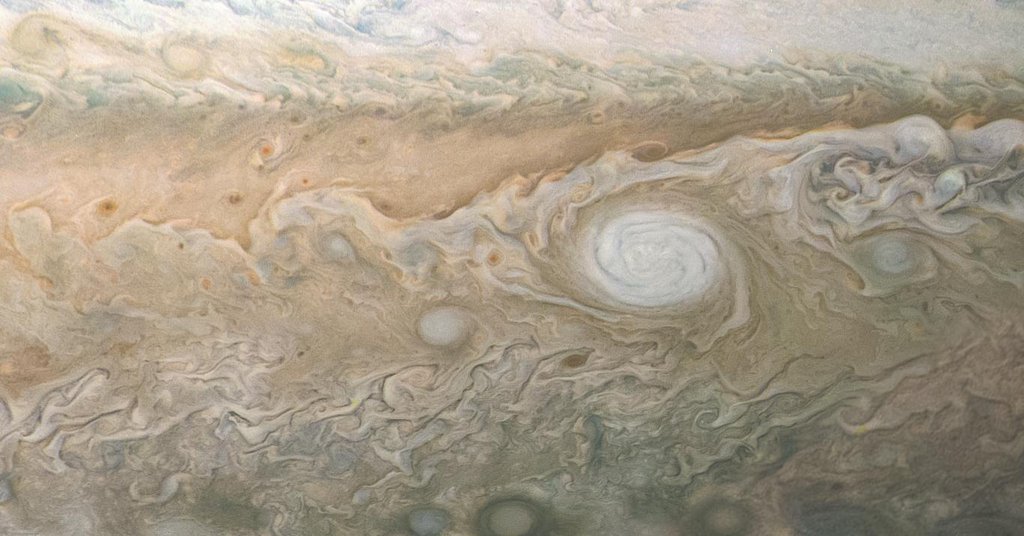 A swirling, oval white cloud in Jupiter's South South Temperate Belt is captured in this image from NASA's Juno spacecraft. Known as White Oval A5, the feature is an anticyclonic storm. An anticyclone is a weather phenomenon where winds around the storm flow in the direction opposite to those of the flow around a region of low pressure.