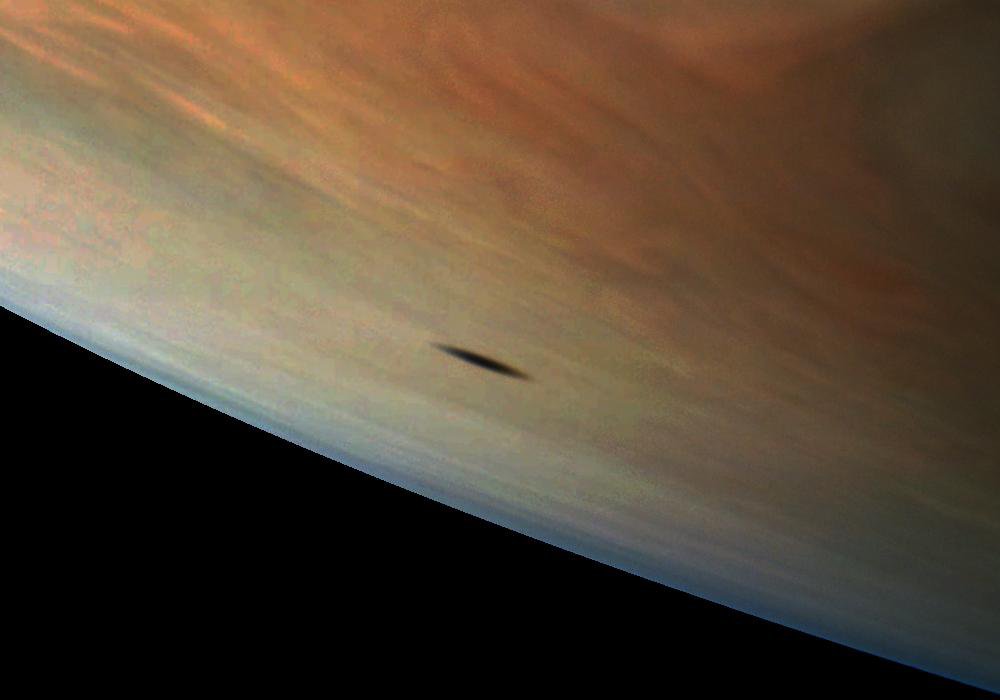 Citizen scientists Gerald Eichstädt and Seán Doran processed this image using data from the JunoCam imager. The image has been rotated so that the top of the image is actually the equatorial regions while the bottom of the image is of the northern polar regions of the planet.