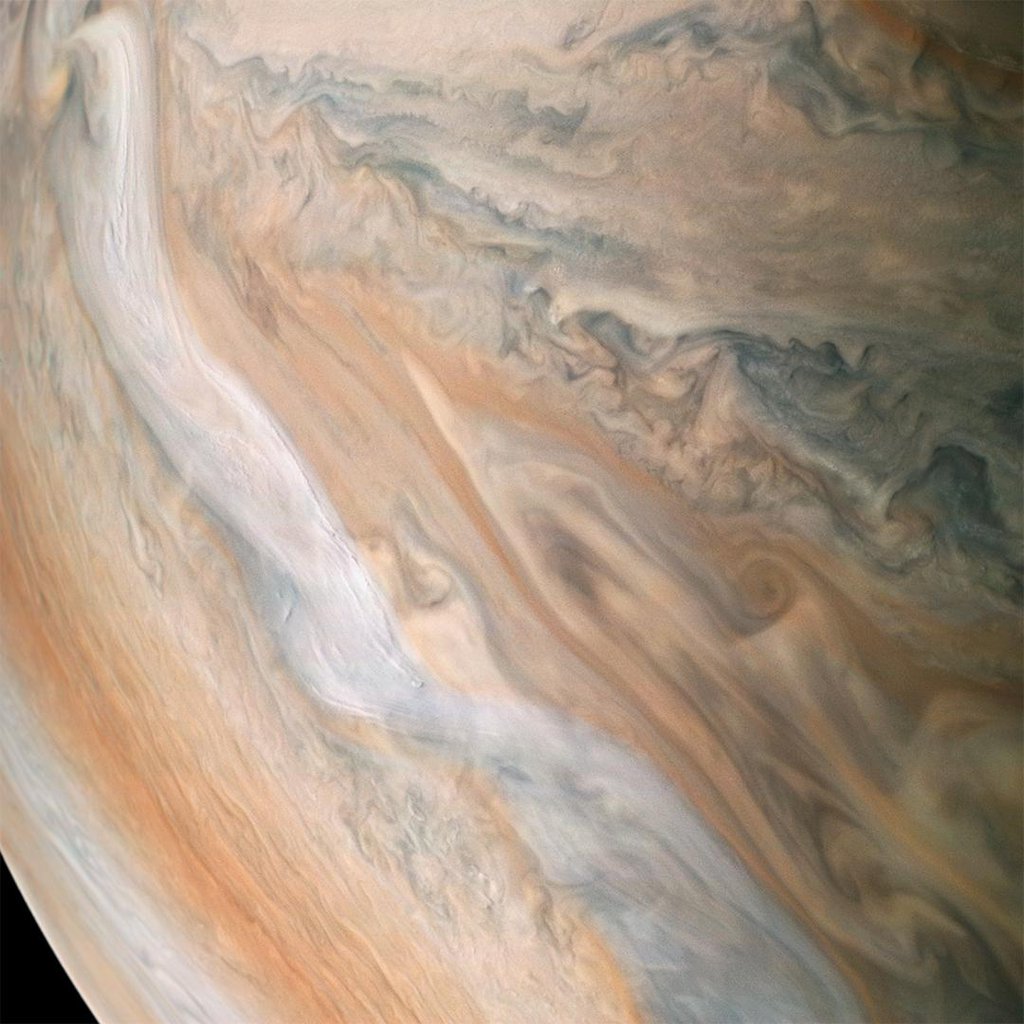 See a jet stream speeding through Jupiter's atmosphere in this new view taken by NASA's Juno spacecraft. The jet stream, called Jet N2, was captured along the dynamic northern temperate belts of the gas giant planet. It is the white stream visible from top left to bottom right in the image.