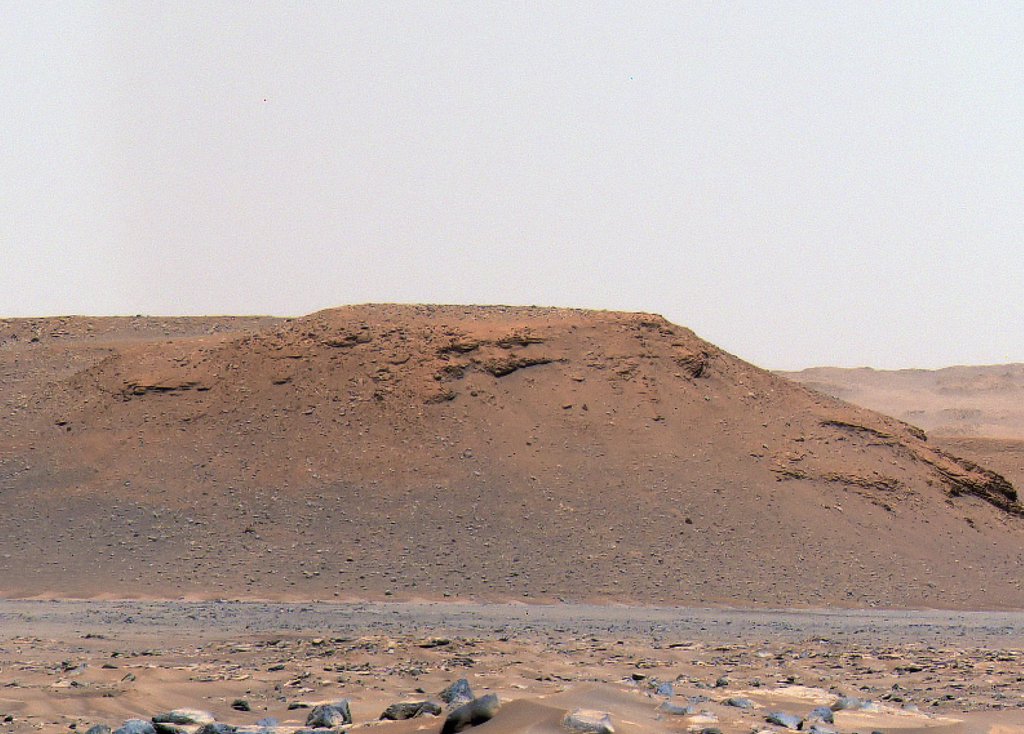 The long, steep slope known as an escarpment, or scarp, along the delta in Mars' Jezero Crater that the science team of NASA's Perseverance rover mission refers to as "Scarp a" is seen in this image captured by the rover's Mastcam-Z instrument on Apr. 17, 2021.