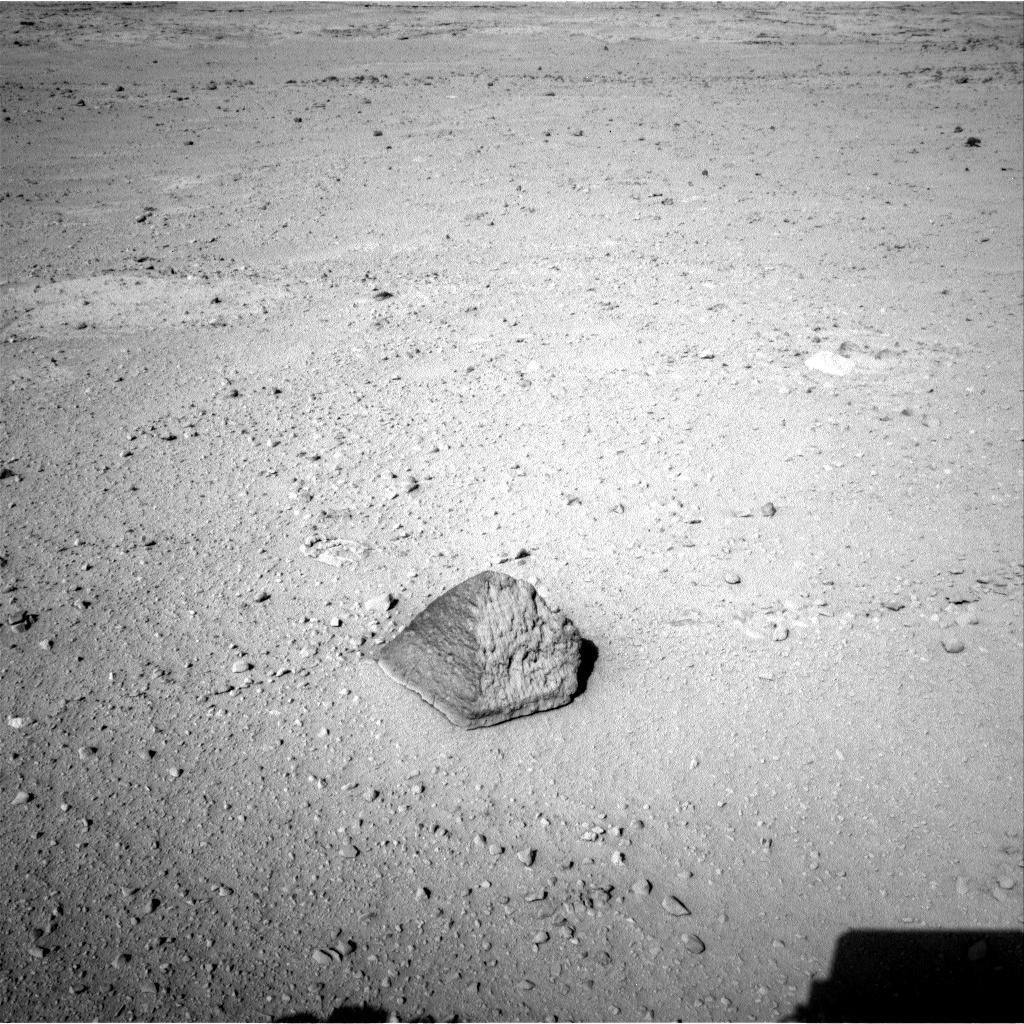 The drive by NASA's Mars rover Curiosity during the mission's 43rd Martian day, or sol, (Sept. 19, 2012) ended with this rock about 8 feet (2.5 meters) in front of the rover. The rock is about 10 inches (25 centimeters) tall and 16 inches (40 centimeters) wide. The rover team has assessed it as a suitable target for the first use of Curiosity's contact instruments on a rock. The image was taken by the left Navigation camera (Navcam) at the end of the drive.

The rock has been named "Jake Matijevic." This commemorates Jacob Matijevic (1947-2012), who was the surface operations systems chief engineer for the Mars Science Laboratory Project and the project's Curiosity rover. He was also a leading engineer for all of the previous NASA Mars rovers: Sojourner, Spirit and Opportunity.

Curiosity's contact instruments are on a turret at the end of the rover's arm. They are the Alpha Particle X-Ray Spectrometer for reading a target's elemental composition and the Mars Hand Lens Imager for close-up imaging.