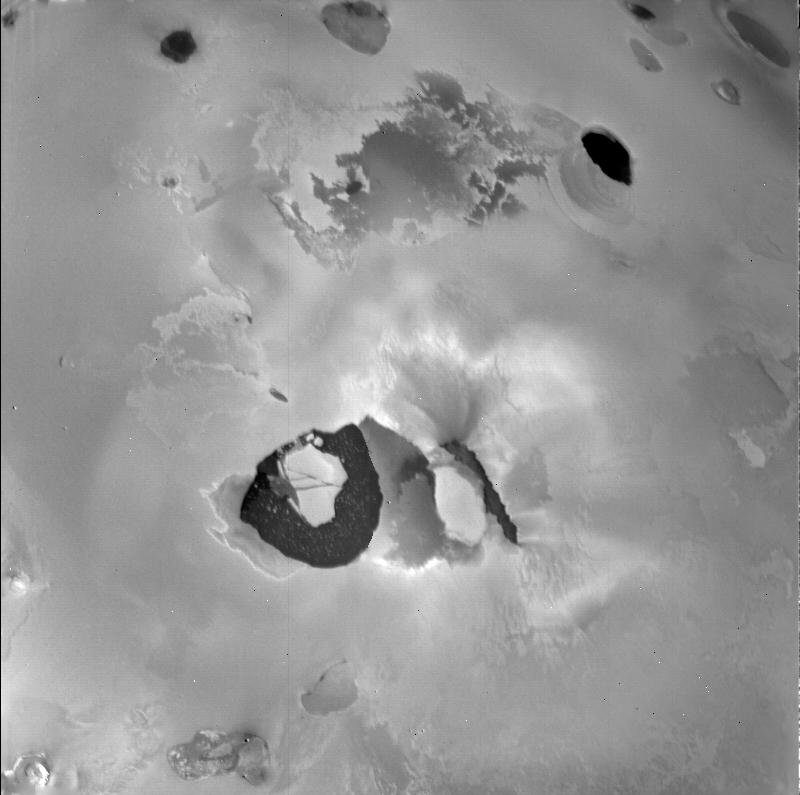 The detailed structure near the volcano Loki is like nothing seen elsewhere on Io. When this Voyager 1 picture was taken, the main eruptive activity came from the lower left of the dark linear feature (perhaps a rift) in the center. Below is the "lava lake," a U-shaped dark area about 200 kilometers across. In this specially processed image, detail can be seen in the dark surface of this feature, possibly due to "icebergs" of solid sulfur in a liquid sulfur lake. The IRIS on Voyager 1 found this "lava lake" to be the hottest region on Io, with a temperature about 150 degrees Celsius higher than that of the surrounding area.