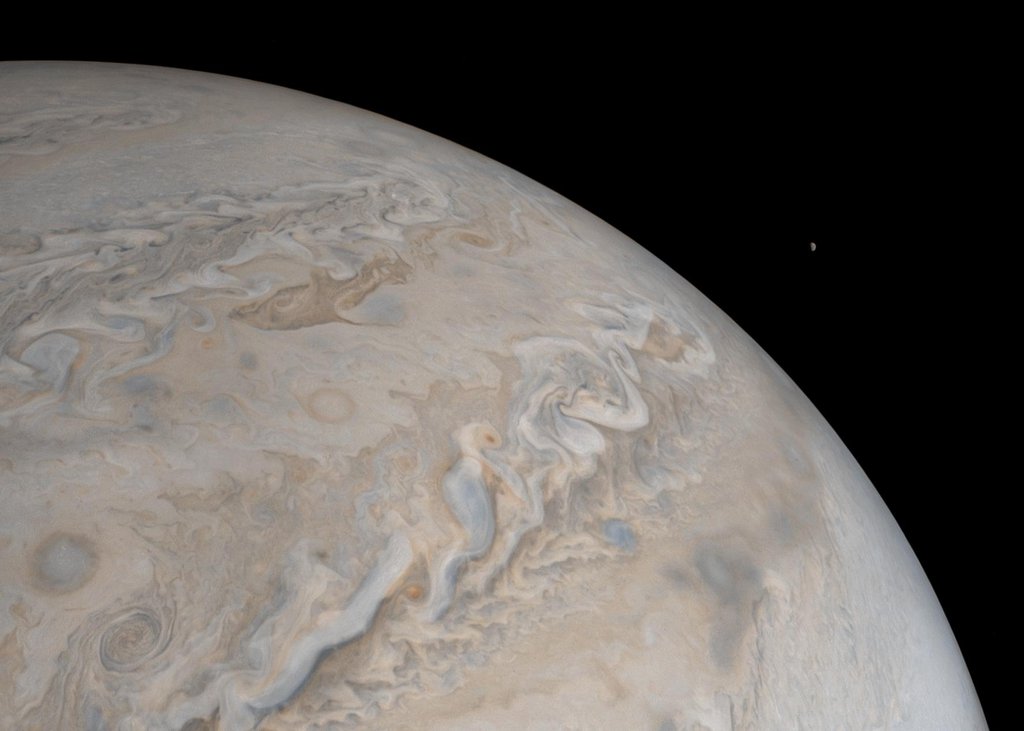 Jupiter's moon Io rises just off the horizon of the gas giant planet in this image from NASA's Juno spacecraft. Slightly larger than Earth's moon, Io is the most volcanically active world in the solar system.

Citizen scientists Gerald Eichstädt and Justin Cowart created this image using data from the spacecraft's JunoCam imager. This image has been rotated approximately 155 degrees from the source image.