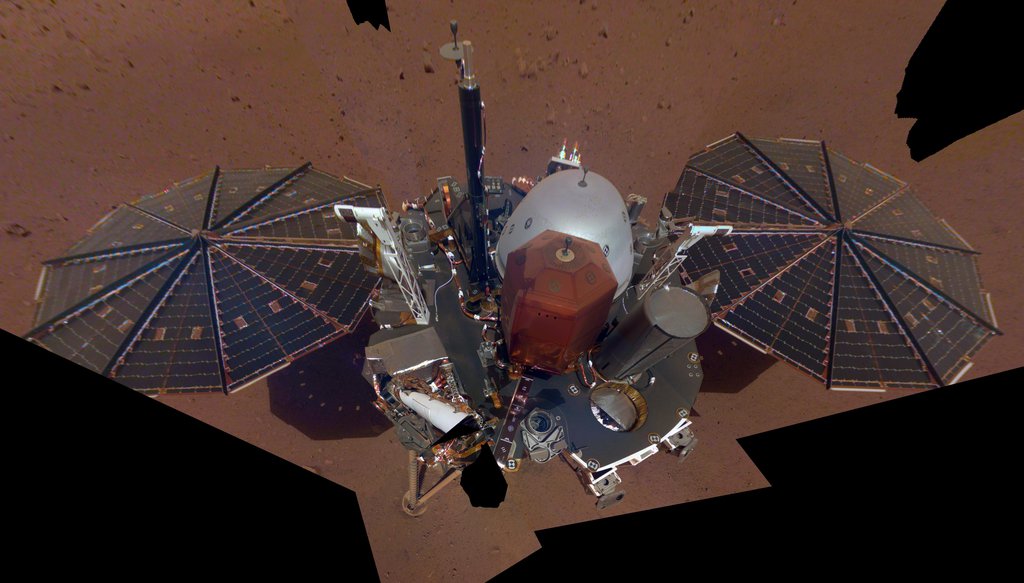 This is NASA InSight's first full selfie on Mars. It displays the lander's solar panels and deck. On top of the deck are its science instruments, weather sensor booms and UHF antenna. The selfie was taken on Dec. 6, 2018 (Sol 10).

The selfie is made up of 11 images which were taken by its Instrument Deployment Camera, located on the elbow of its robotic arm. Those images are then stitched together into a mosaic.