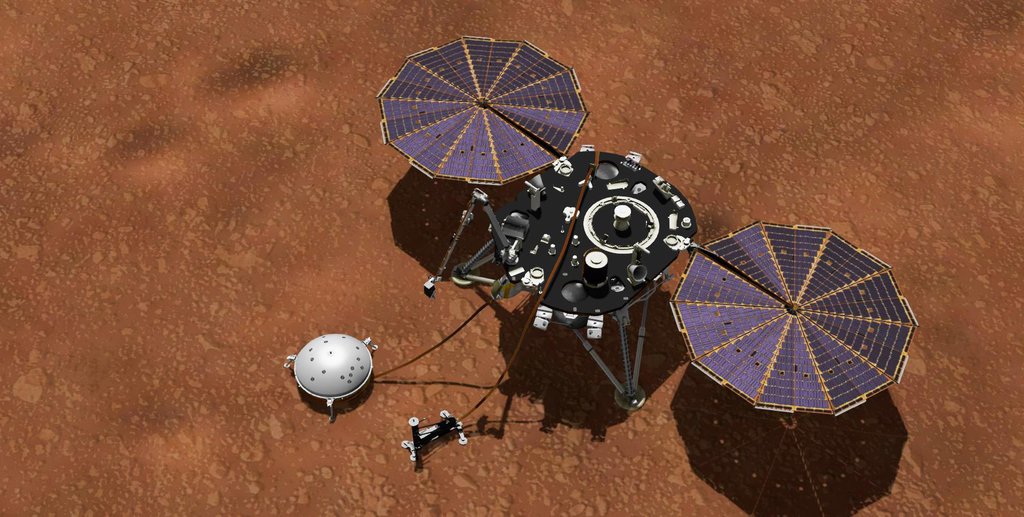 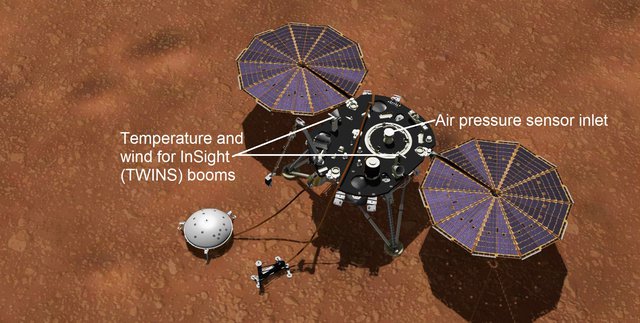 This artist's concept shows NASA's InSight lander with its instruments deployed on the Martian surface. InSight's package of weather sensors, called the Auxiliary Payload Subsystem (APSS), includes an air pressure sensor inside the lander -- its inlet is visible on InSight's deck -- and two air temperature and wind sensors on the deck. Under the deck's edge is a magnetometer, provided by UCLA, to measure changes in the local magnetic field that could also influence SEIS.