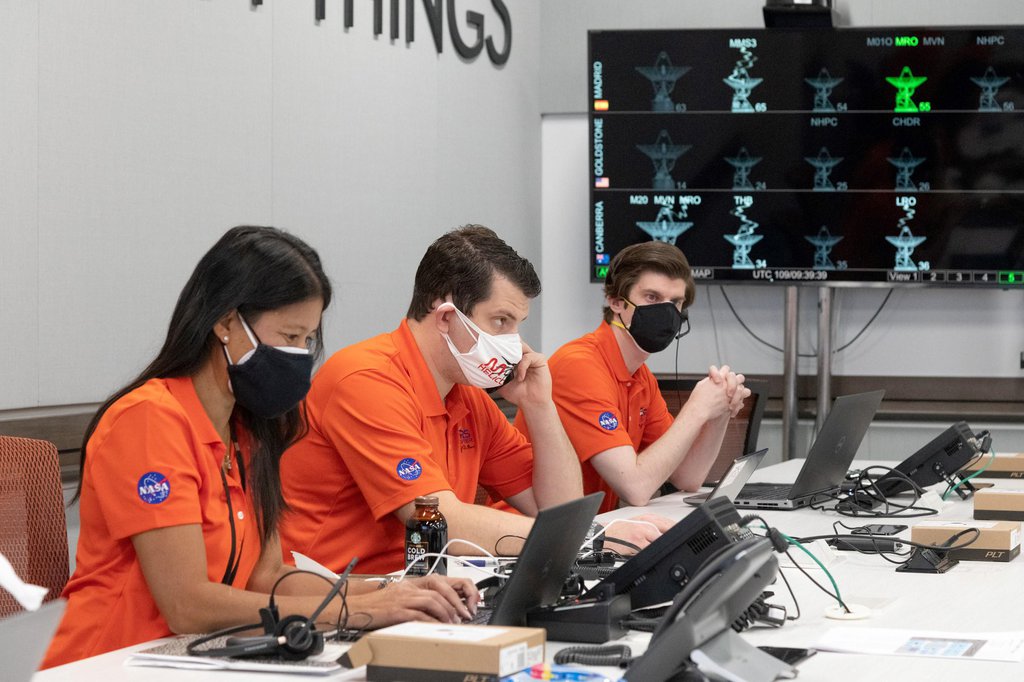 Members of NASA's Ingenuity helicopter team in the Space Flight Operations Facility at NASA's Jet Propulsion Laboratory prepare to receive the data downlink showing whether the helicopter completed its first flight on April 19, 2021.