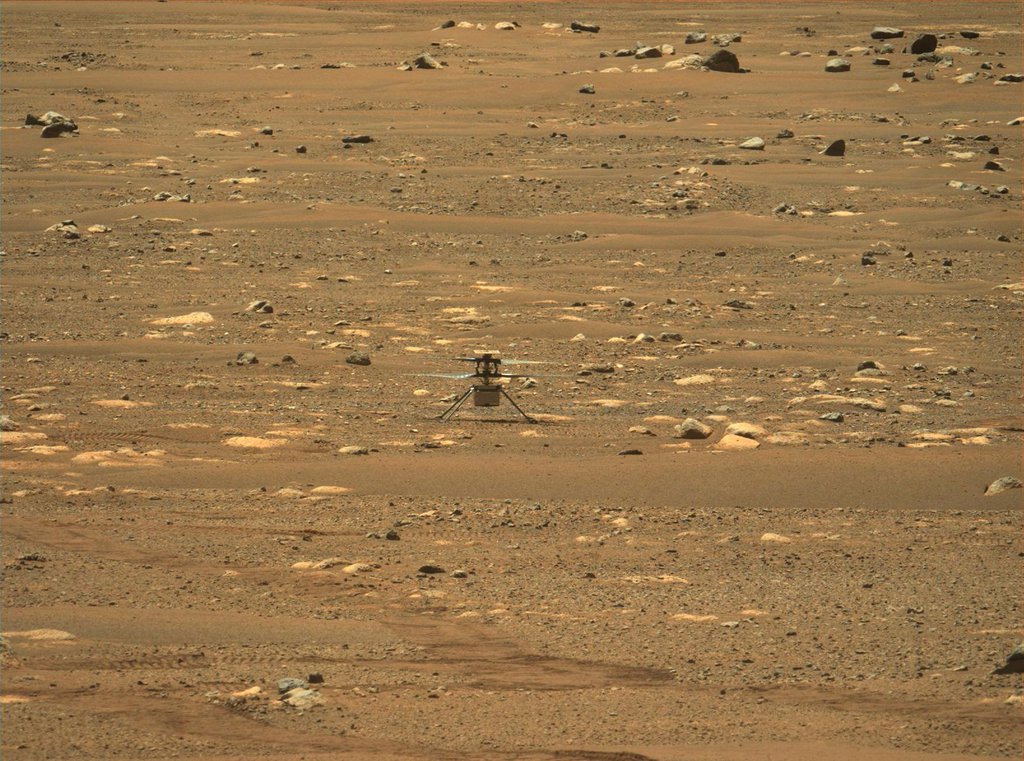 This image was taken after the first flight of NASA's Ingenuity Mars Helicopter — and the first powered, controlled flight on another planet. It was captured by Mastcam-Z, a pair of zoomable cameras aboard NASA's Perseverance Mars rover, on April 19, 2021.

Stitched together from multiple images, the mosaic is not white balanced; instead, it is displayed in a preliminary calibrated version of a natural color composite, approximately simulating the colors of the scene that we would see if we were there viewing it ourselves.