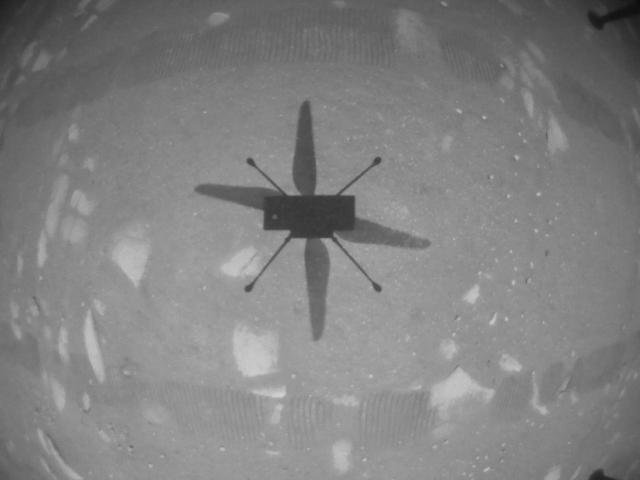 NASA's Ingenuity Mars Helicopter took this shot, capturing its own shadow, while hovering over the Martian surface on April 19, 2021, during the first instance of powered, controlled flight on another planet. It used its navigation camera, which autonomously tracks the ground during flight.