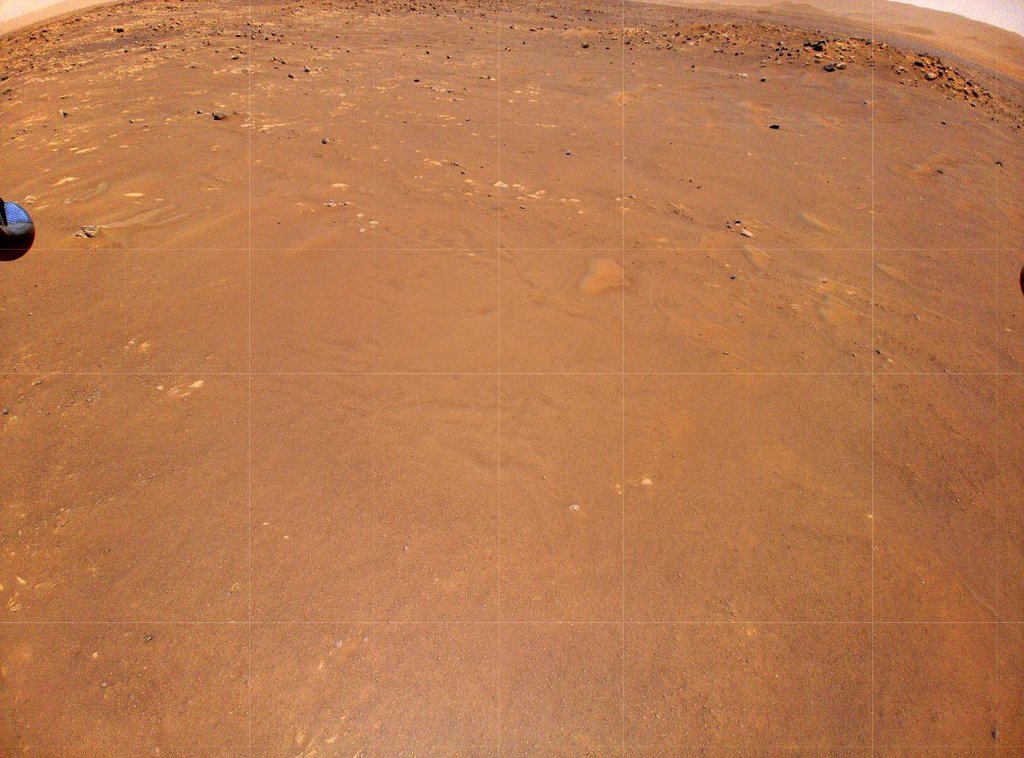 NASA's Ingenuity Mars Helicopter took this color image during its fourth flight, on April 30, 2021. "Airfield B," its new landing site, can be seen below. The helicopter will seek to set down there on its fifth flight attempt. An unannotated version of the image has also been provided.