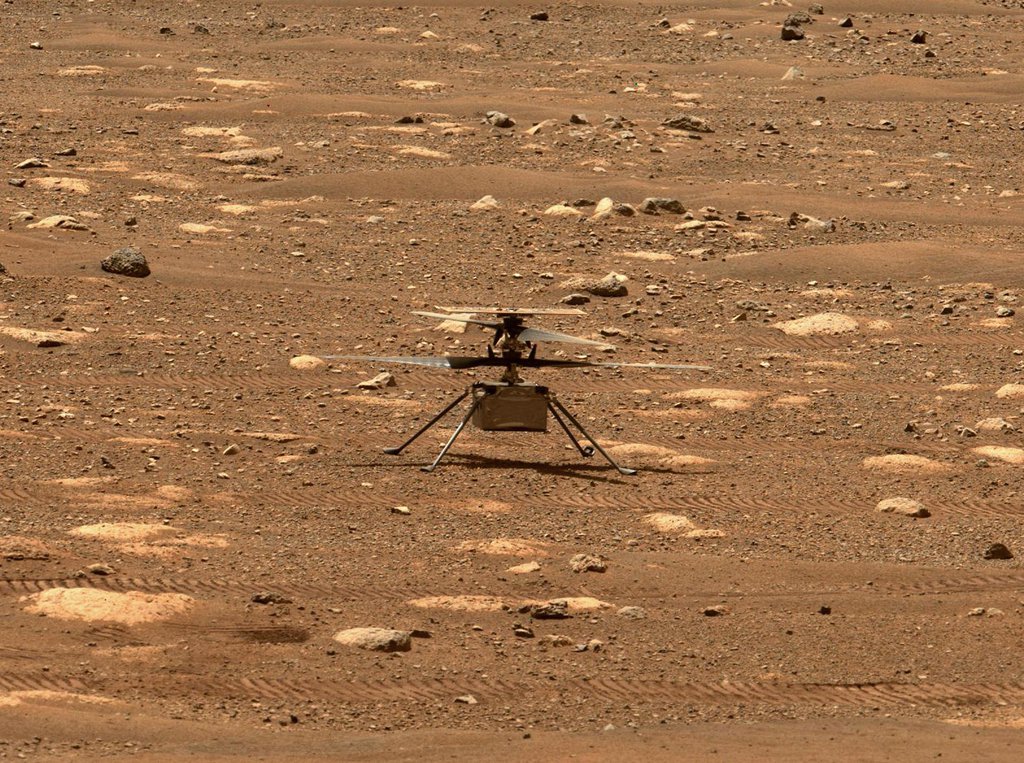 NASA's Ingenuity helicopter unlocked its rotor blades, allowing them to spin freely, on April 7, 2021, the 47th Martian day, or sol, of the mission. They had been held in place since before launch, and the unlocking is one of several milestones that must be met before the helicopter can attempt the first powered, controlled flight on another planet. This image was captured by the Mastcam-Z imager on NASA's Perseverance Mars rover on the following sol, April 8, 2021.