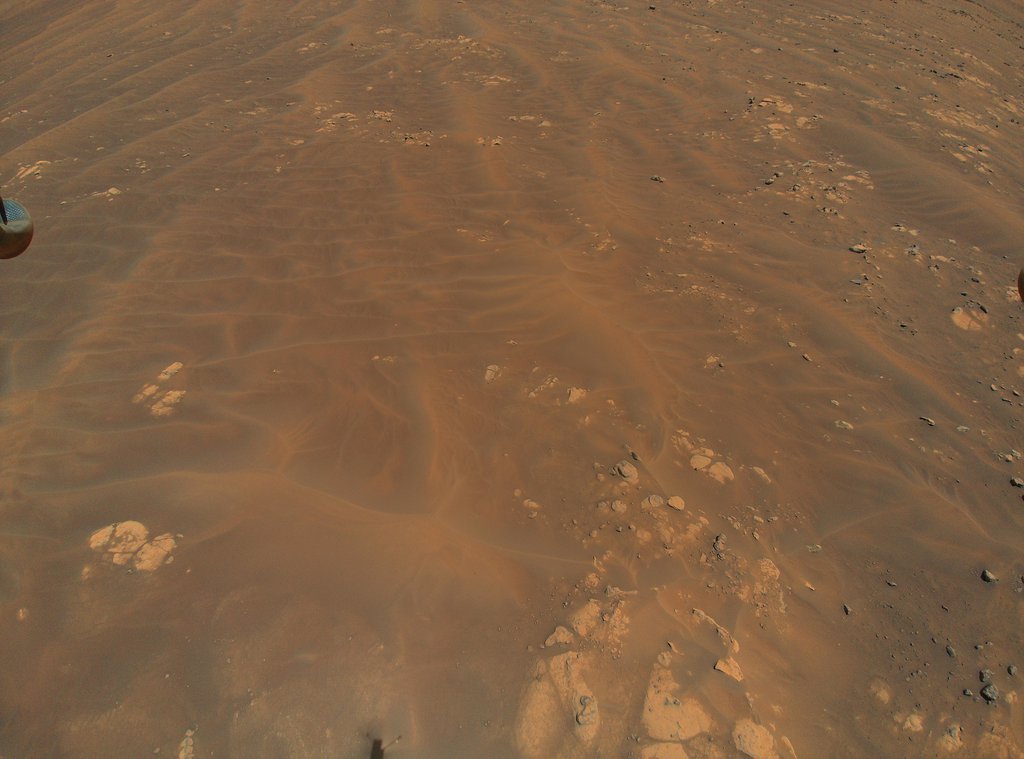 NASA's Ingenuity Mars Helicopter flew over these sand dunes and rocks during its ninth flight, on July 5, 2021, the 133rd Martian day, or sol, of the mission. This sand is too risky for NASA's Perseverance Mars rover to visit (it could get stuck), but scientists are still able to learn about this region by studying it from Ingenuity's images. A portion of the helicopter's landing gear can be seen at top left, and its shadow is visible bottom center.