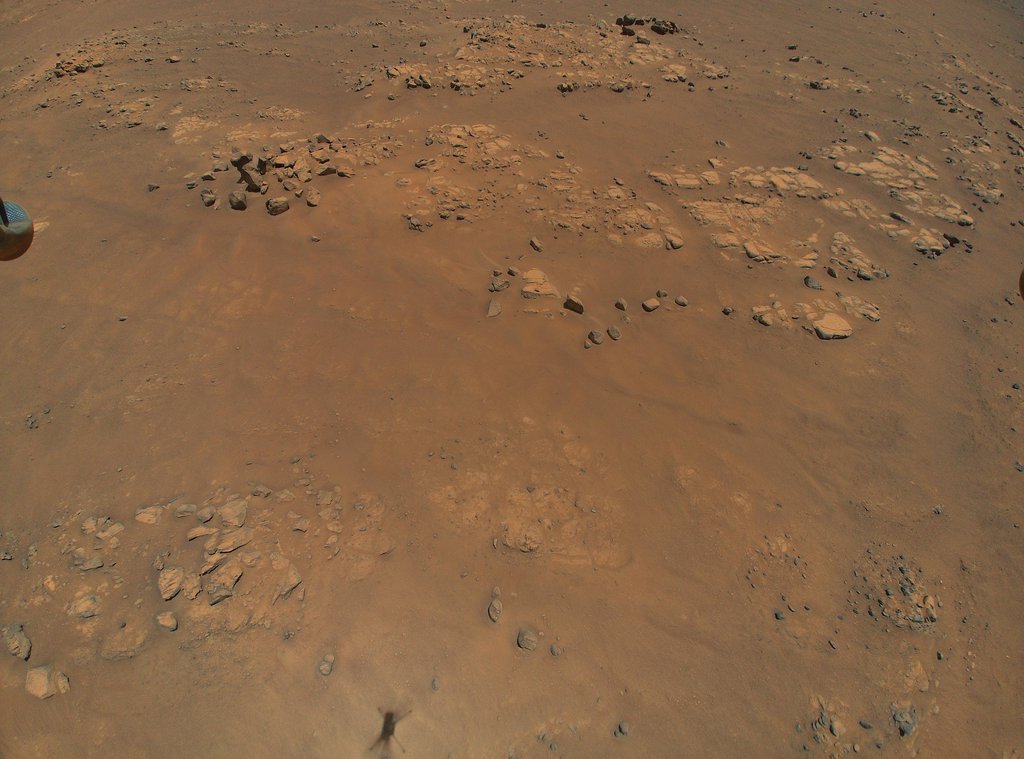 NASA's Ingenuity Mars Helicopter spotted this location, nicknamed "Raised Ridges," during its ninth flight, on July 5, 2021, the 133rd Martian day, or sol, of the mission. Scientists are hoping to visit Raised Ridges with the Perseverance rover in the future. A portion of the helicopter's landing gear can be seen at top left, and its shadow is visible bottom center.