Ingenuity Right After a Spin 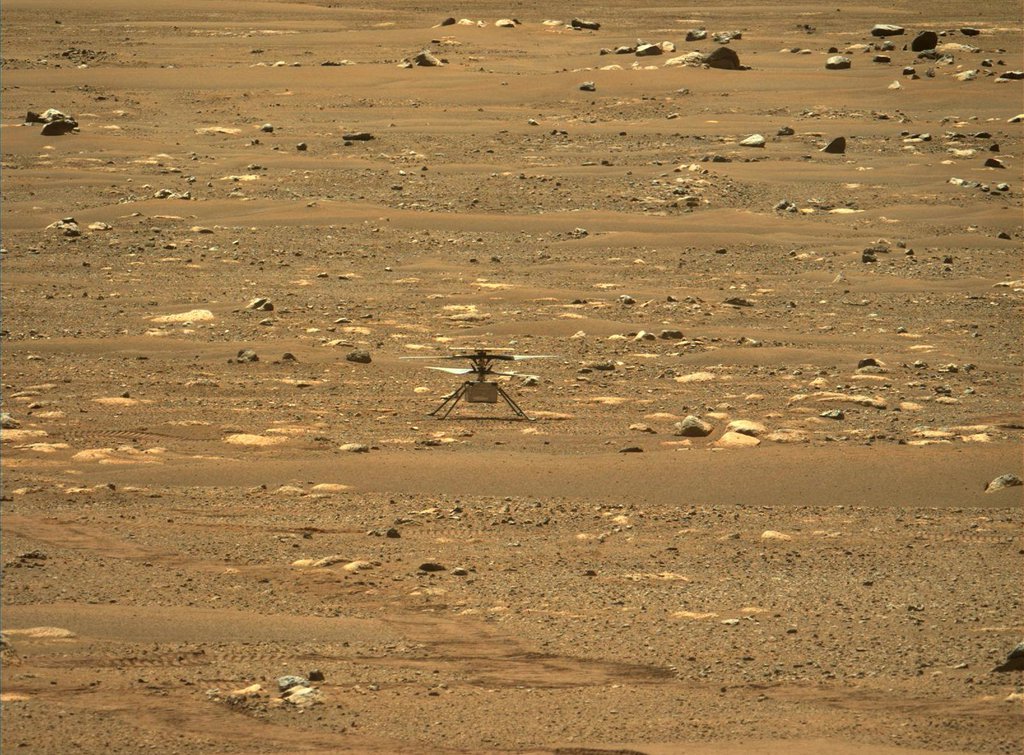 This image from NASA's Perseverance rover shows the agency's Ingenuity Mars Helicopter right after it successfully completed a high-speed spin-up test. It was captured by the Mastcam-Z instrument on Perseverance on April 16, 2021 (the 55th sol, or Martian day, of the rover's mission). The image has been slightly processed (stretched and cropped).