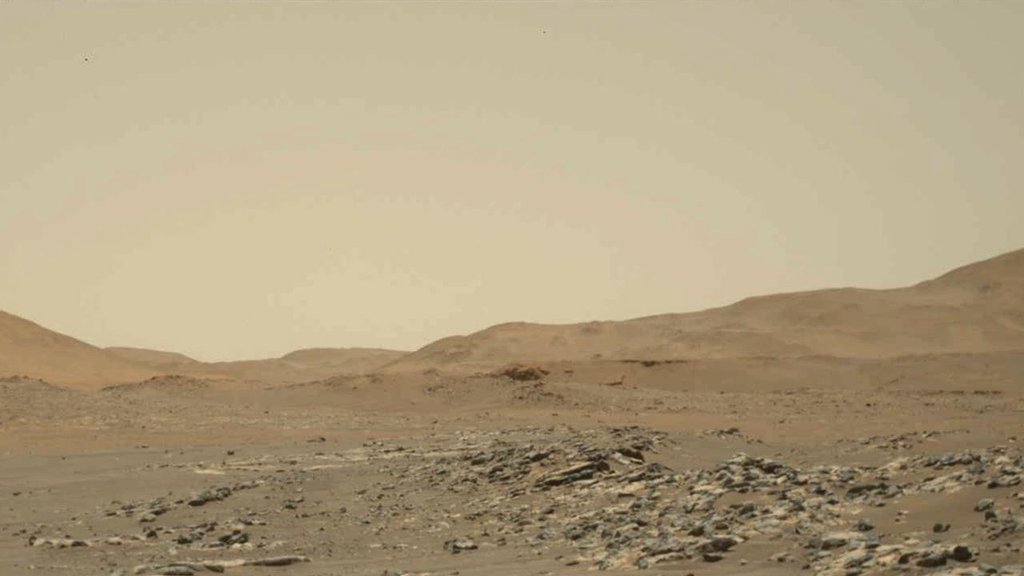 Captured from a distance of about 980 feet (300 meters) by the rover's two-camera Mastcam-Z, Ingenuity is barely discernable near the lower left of frame at the beginning of the video.

An annotated version of this video highlighting the location of Ingenuity can be found here.

At 0:04 seconds into the video Ingenuity takes off and climbs to an altitude of to 26 feet (8 meters) before beginning its sideways translation to the right. At the video's 0:59 second point, Ingenuity leaves the camera's field of view on the right. Soon after (1:02), the helicopter returns into the field of view (the majority of frames that did not capture helicopter after it exited the camera's field of view were purposely not downlinked from Mars by the team) and lands at a location near its takeoff point.

To obtain the footage, the "left eye" of the Mastcam-Z instrument is set for a wide-angle shot (26 mm focal length). The video is shot at 6 frames per second. Another view (PIA24979) is taken at the same time by Mastcam-Z's other ("right eye") imager and provides a closer perspective of the helicopter as it took off and landed.