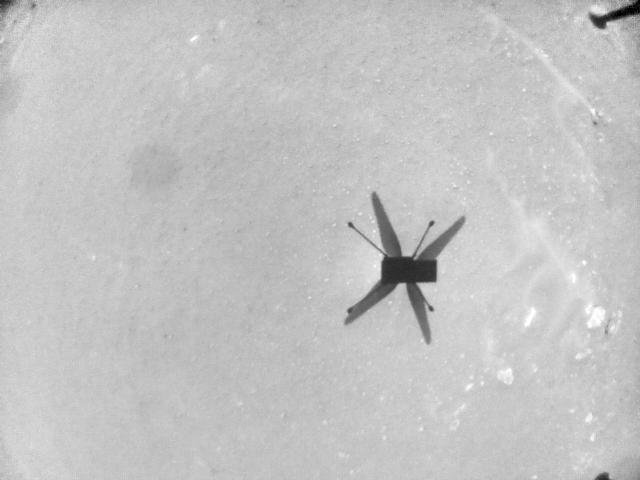 This sequence of images – taken on May 22, 2021, by the navigation camera aboard NASA's Ingenuity Mars Helicopter – depicts the last 29 seconds of the rotorcraft's sixth flight. Frame rate is 3.3 frames per second until Ingenuity began its final descent to the surface, at which point it collected a frame every two seconds.