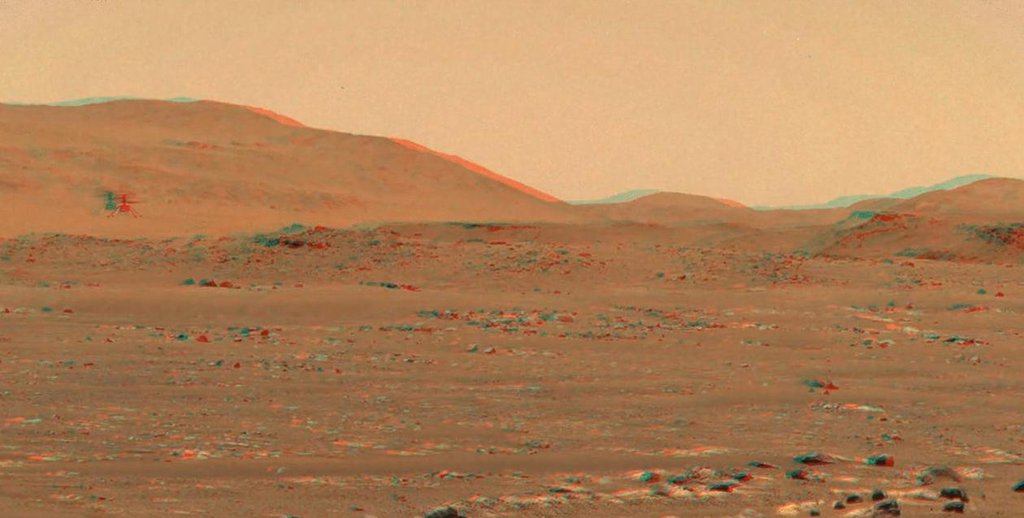 After the zoomable dual-camera Mastcam-Z imager aboard NASA's Perseverance rover captured the third flight of the agency's Ingenuity Mars helicopter on April 25, 2021, Justin Maki, an imaging scientist at NASA's Jet Propulsion Laboratory in Southern California, led the team that stitched the images into a video. The frames of the video were then reprojected to optimize viewing in an anaglyph, or an image seen in 3D when viewed with color-filtered glasses.