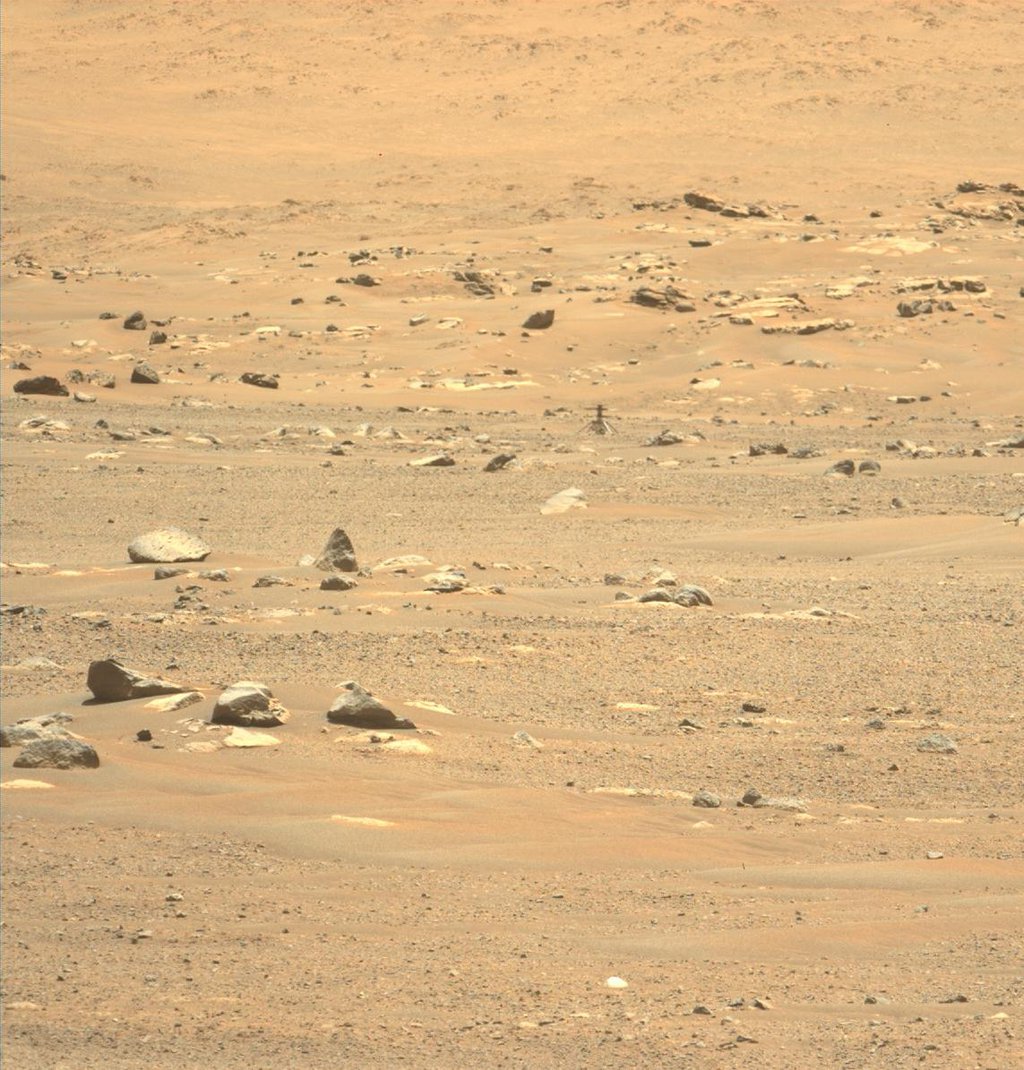 This image of Ingenuity was taken on May 23, 2021 – the day after its sixth flight – by the Mastcam-Z instrument aboard the Perseverance Mars rover.