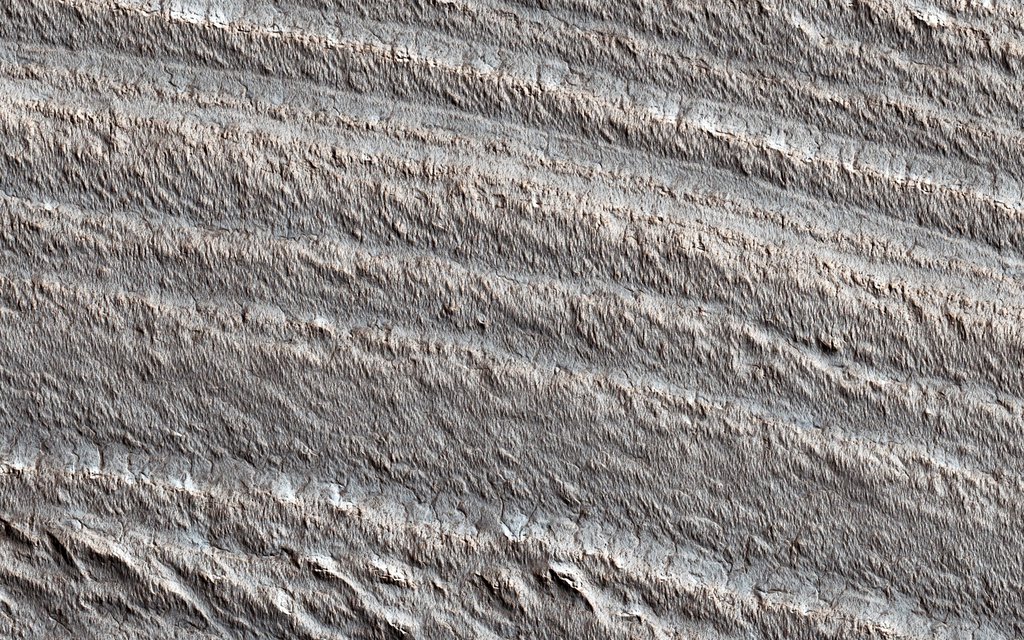 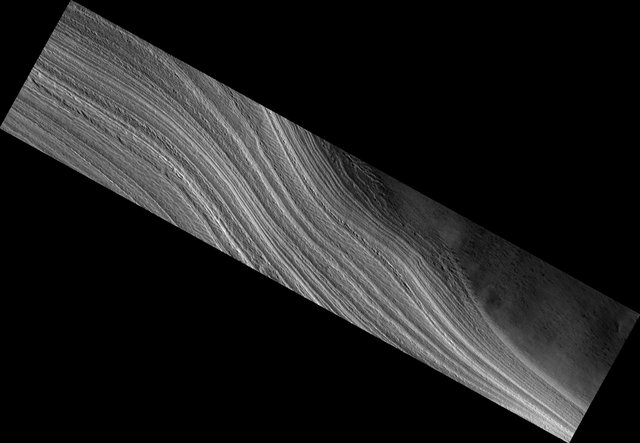 This image shows layering near the base of the south polar layered deposits (SPLD). Radar observations of these deposits and their northern counterparts show that they are rich in water ice.

While we don't understand why these polar ice deposits have such different ages, they are both likely to preserve valuable information regarding Martian climate evolution.