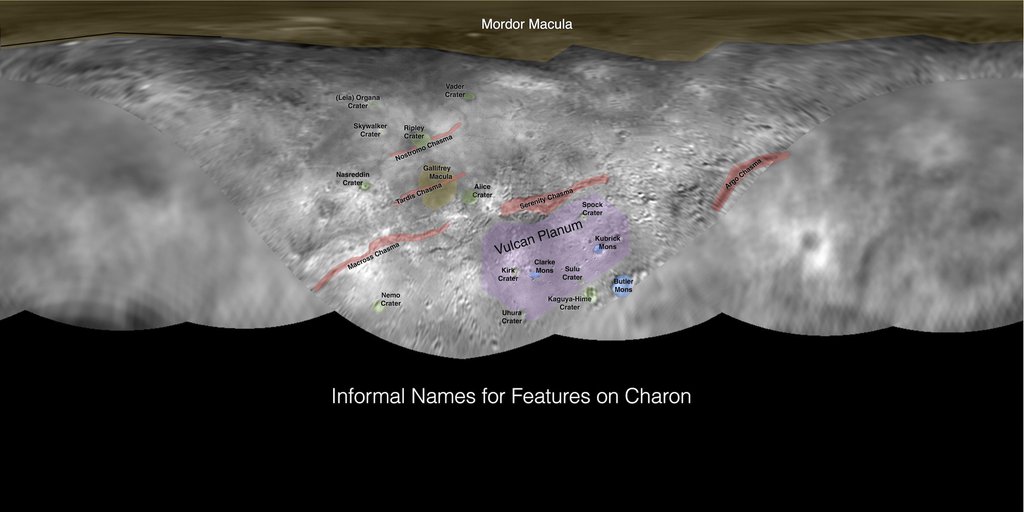 This image contains the initial, informal names being used by the New Horizons team for the features on Pluto's largest moon, Charon. Names were selected based on the input the team received from the Our Pluto naming campaign. Names have not yet been approved by the International Astronomical Union (IAU).