Impact Near the South Pole 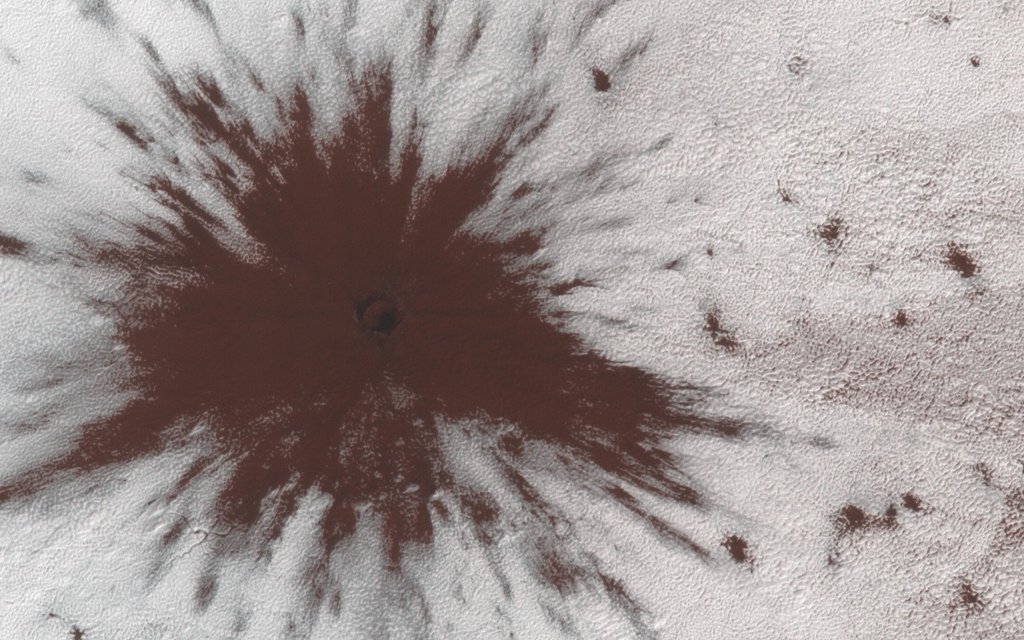 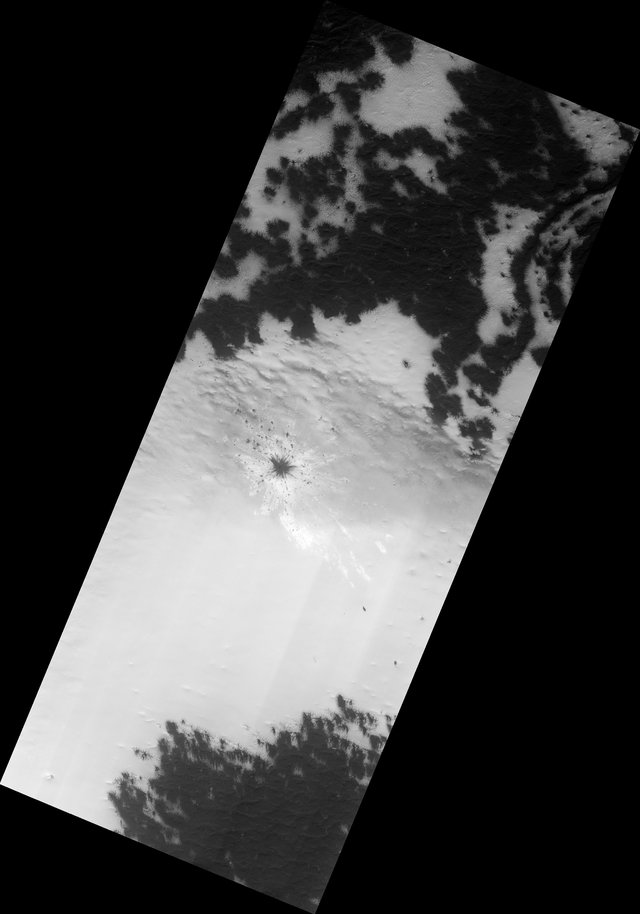 This image shows a new impact crater that formed between July and September 2018. It's notable because it occurred in the seasonal southern ice cap, and has apparently punched through it, creating a two-toned blast pattern.

The impact hit on the ice layer, and the tones of the blast pattern tell us the sequence. When an impactor hits the ground, there is a tremendous amount of force like an explosion. The larger, lighter-colored blast pattern could be the result of scouring by winds from the impact shockwave. The darker-colored inner blast pattern is because the impactor penetrated the thin ice layer, excavated the dark sand underneath, and threw it out in all directions on top of the layer.