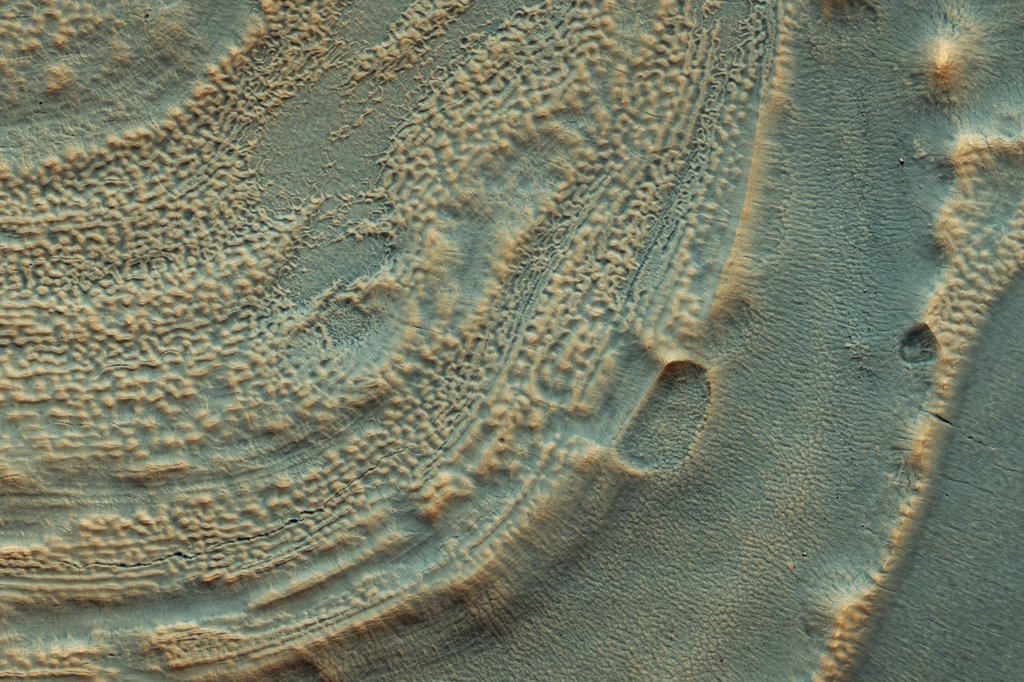 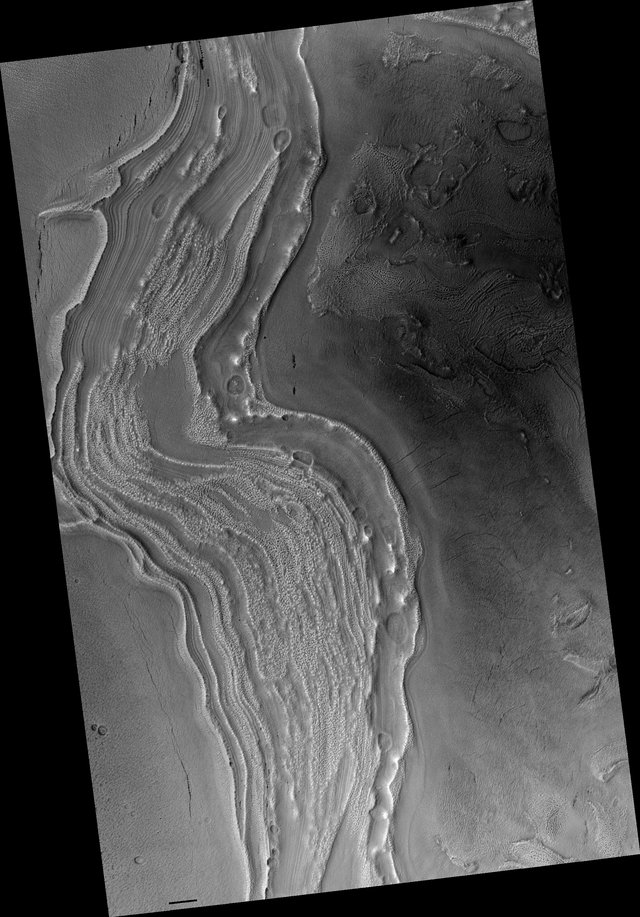 In this image from NASA's Mars Reconnaissance Rover (MRO) we can see the edge of a mound of ice in one of these mid-latitude craters. Some of it has already been removed, so we can see layering that used to be in the crater's interior. Scientists use ice deposits like these to figure out how the climate has changed on Mars. Another upside of recognizing this ice is that future astronauts will have plenty of drinking water.

Scientists now realize that ice is very common on the Martian surface. It often fills up craters and valleys in the mid-latitudes in older climates, although when it's covered in dust it can be hard to recognize. Today the climate on Mars makes this ice unstable and some of it has evaporated away.