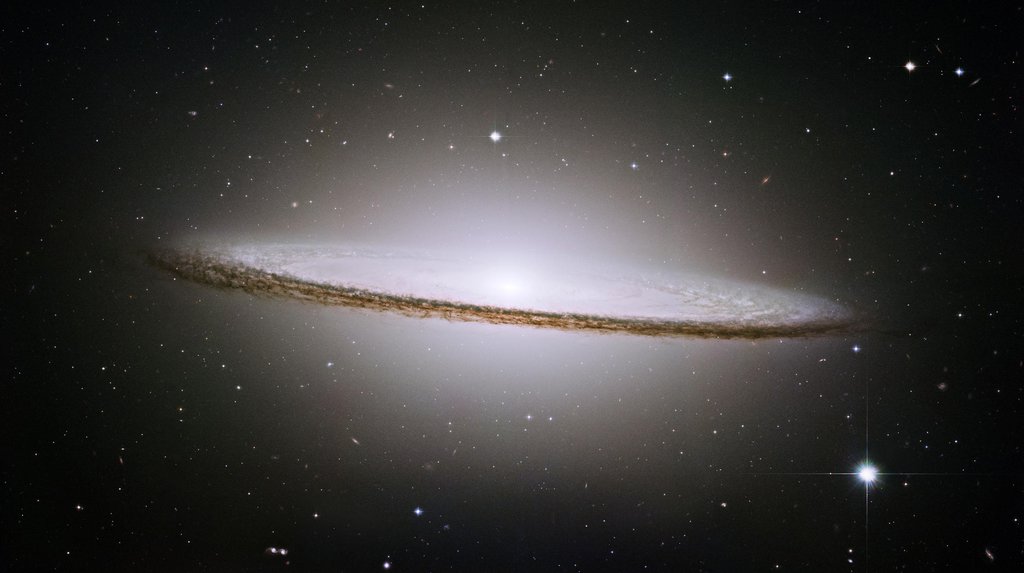 NASA's Hubble Space Telescope has trained its sharp eye on one of the universe's most stately and photogenic galaxies, Messier 104. The galaxy's hallmark is a brilliant white, bulbous core encircled by the thick dust lanes comprising the spiral structure of the galaxy. As seen from Earth, the galaxy is tilted nearly edge-on. We view it from just six degrees north of its equatorial plane. This brilliant galaxy was named the Sombrero because in visible light it resembles a broad rimmed and high-topped Mexican hat.

For a view of this image from NASA's Spitzer Space Telescope, see PIA07899.