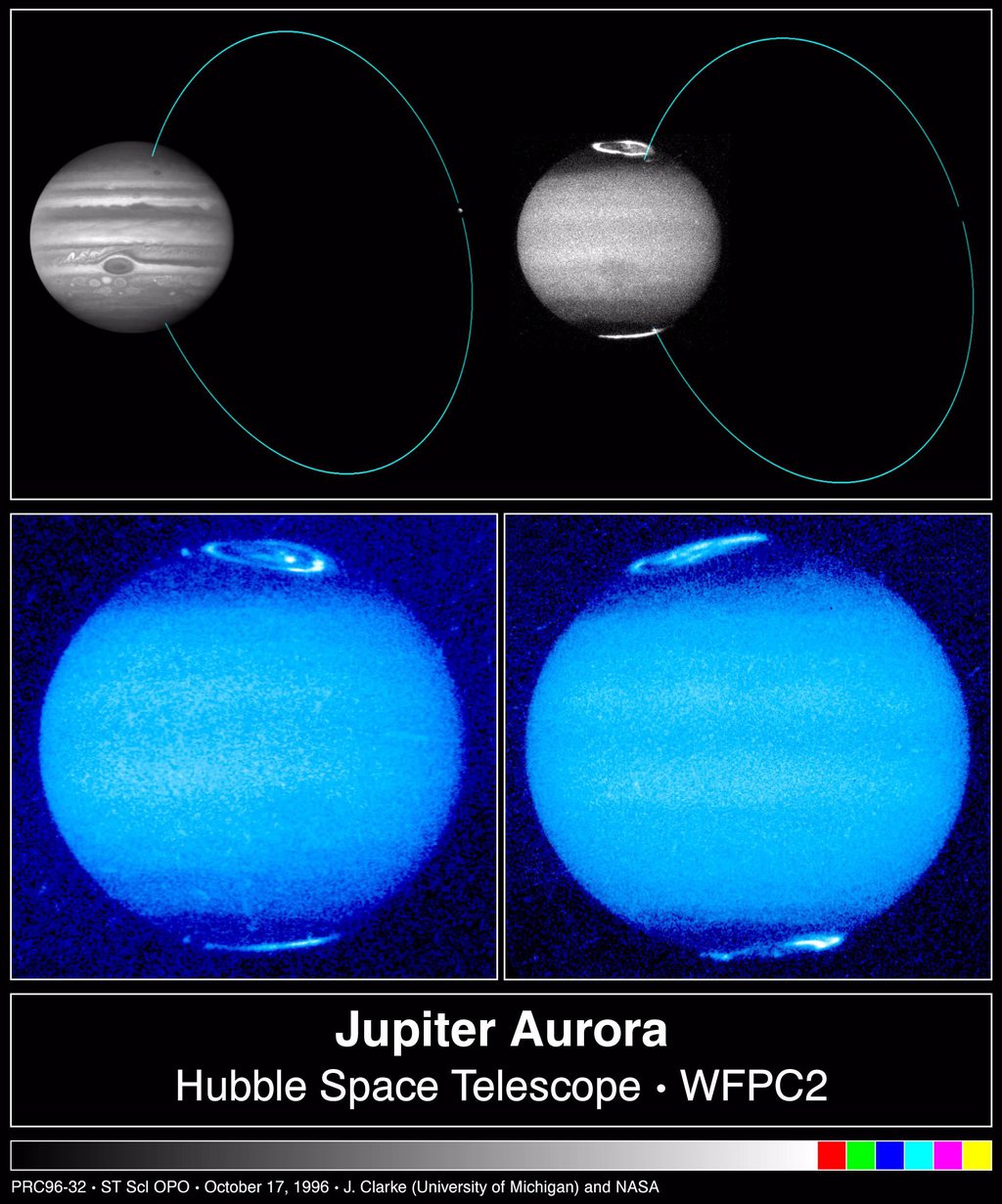 These images, taken by the Hubble Space Telescope, reveal changes in Jupiter's auroral emissions and how small auroral spots just outside the emission rings are linked to the planet's volcanic moon, Io. The images represent the most sensitive and sharply-detailed views ever taken of Jovian auroras.

The top panel pinpoints the effects of emissions from Io, which is about the size of Earth's moon. The black-and-white image on the left, taken in visible light, shows how Io and Jupiter are linked by an invisible electrical current of charged particles called a "flux tube." The particles - ejected from Io (the bright spot on Jupiter's right) by volcanic eruptions - flow along Jupiter's magnetic field lines, which thread through Io, to the planet's north and south magnetic poles. This image also shows the belts of clouds surrounding Jupiter as well as the Great Red Spot.

The black-and-white image on the right, taken in ultraviolet light about 15 minutes later, shows Jupiter's auroral emissions at the north and south poles. Just outside these emissions are the auroral spots. Called "footprints," the spots are created when the particles in Io's "flux tube" reach Jupiter's upper atmosphere and interact with hydrogen gas, making it fluoresce. In this image, Io is not observable because it is faint in the ultraviolet.

The two ultraviolet images at the bottom of the picture show how the auroral emissions change in brightness and structure as Jupiter rotates. These false-color images also reveal how the magnetic field is offset from Jupiter's spin axis by 10 to 15 degrees. In the right image, the north auroral emission is rising over the left limb; the south auroral oval is beginning to set. The image on the left, obtained on a different date, shows a full view of the north aurora, with a strong emission inside the main auroral oval.

The images were taken by the telescope's Wide Field and Planetary Camera 2 between May 1994 and September 1995.