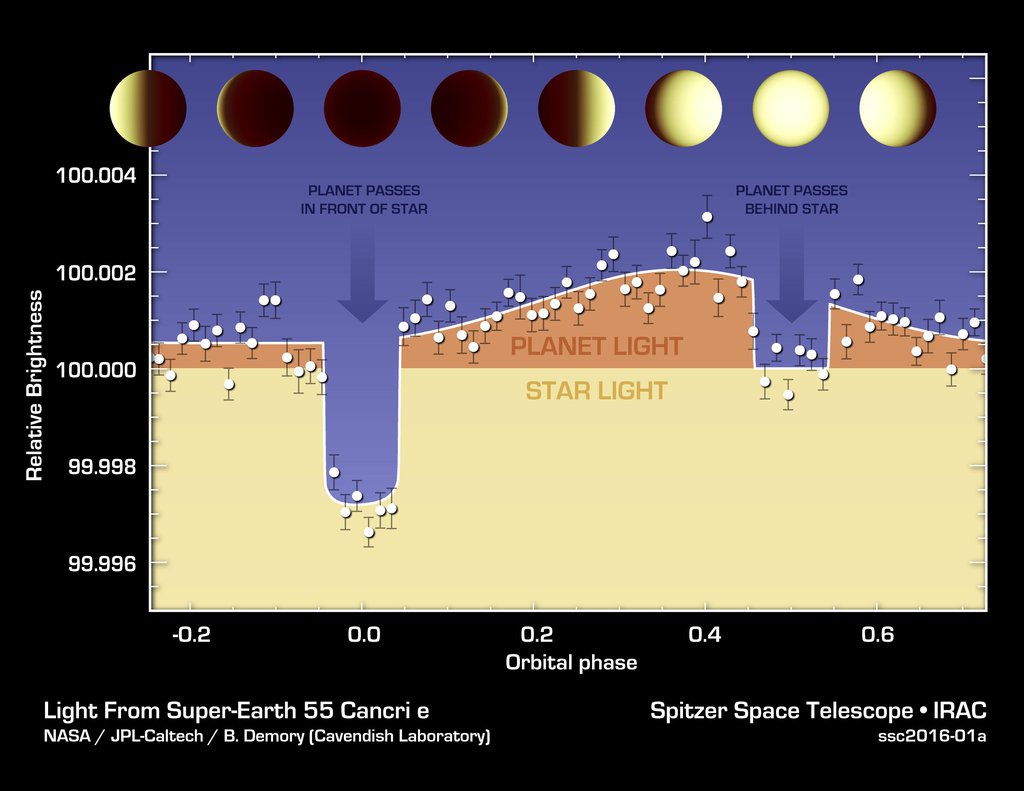 The varying brightness of an exoplanet called 55 Cancri e is shown in this plot of infrared data captured by NASA's Spitzer Space Telescope.

By analyzing light curves like these, astronomers can figure out how much light comes from just the planet alone -- represented by the orange, top part of the graph. The star's light remains fairly constant. They can also measure changes in the planet's light to learn about its temperature.