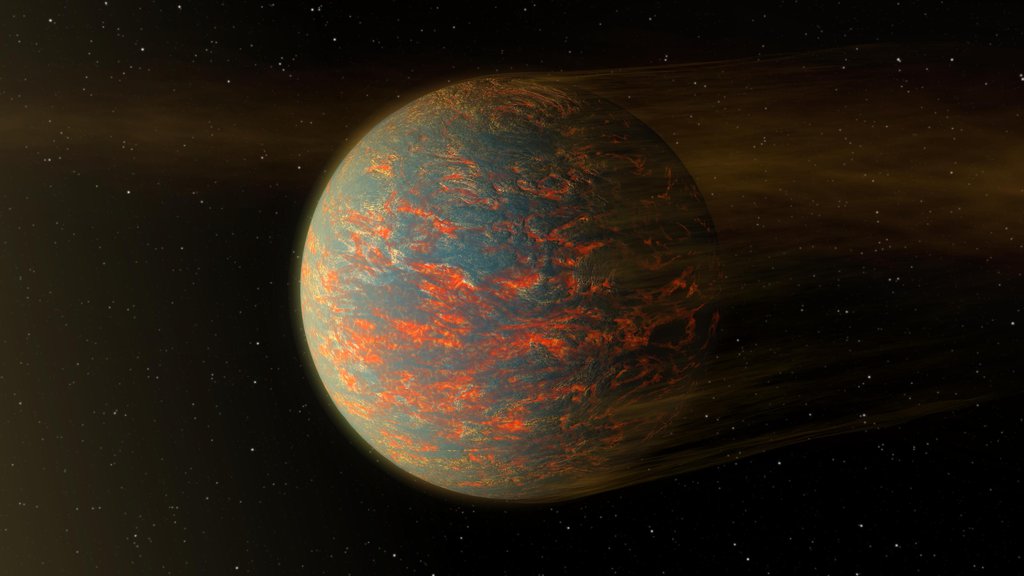 This animated illustration shows one possible scenario for the hot, rocky exoplanet called 55 Cancri e, which is nearly two times as wide as Earth. New data from NASA's Spitzer Space Telescope show that the planet has extreme temperature swings from one side to the other-- and a possible reason for this might be the presence of lava pools.

This planet is tidally locked to its star, just as our moon is to Earth, which means that one side always sizzles under the heat of its star while the other side remains in the dark. If the planet were covered in lava, then the hot, sun-facing side of the planet would have liquid lava flows, while the colder, dark side would see solidified lava rock. The hardened lava would be unable to transport heat across the planet, explaining why Spitzer detected that the cold side of the planet is much colder than the hot side.

Such a lava planet, if it exists, would have dust streaming off of it, as illustrated here. Radiation and winds from the nearby star would blow off the material.

Scientists say that future observations with NASA's upcoming James Webb Space Telescope should provide more details about the nature of this exotic world.