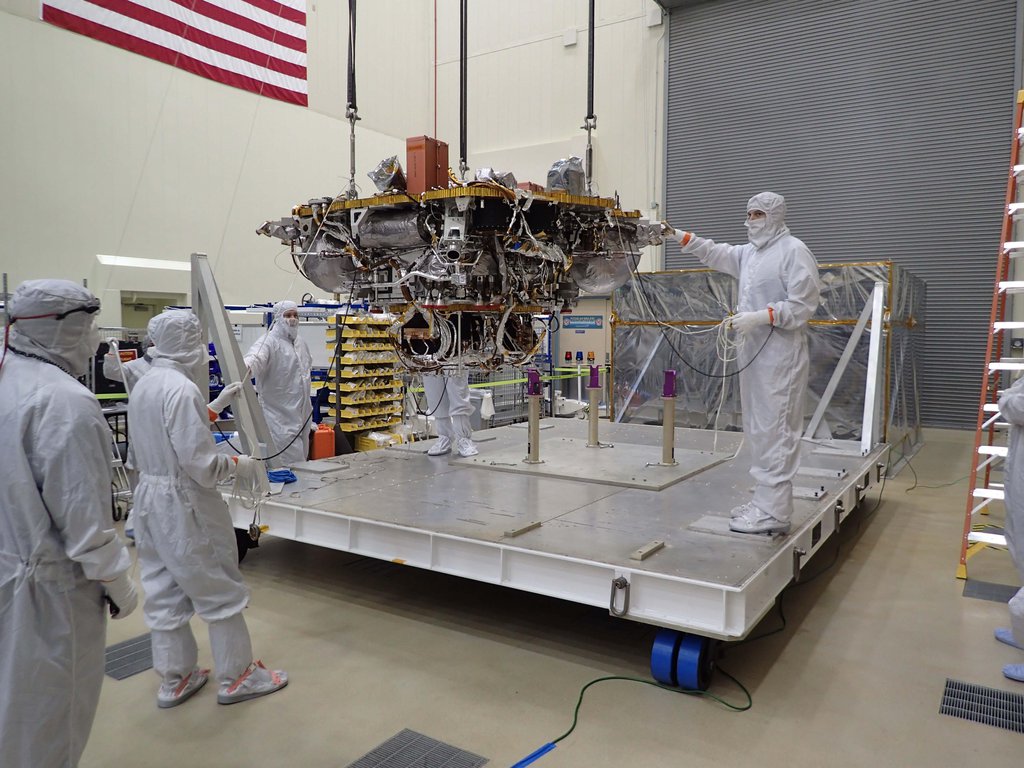 The Mars lander portion of NASA's InSight spacecraft is lifted from the base of a storage container in preparation for testing, in this photo taken June 20, 2017, in a Lockheed Martin clean room facility in Littleton, Colorado.