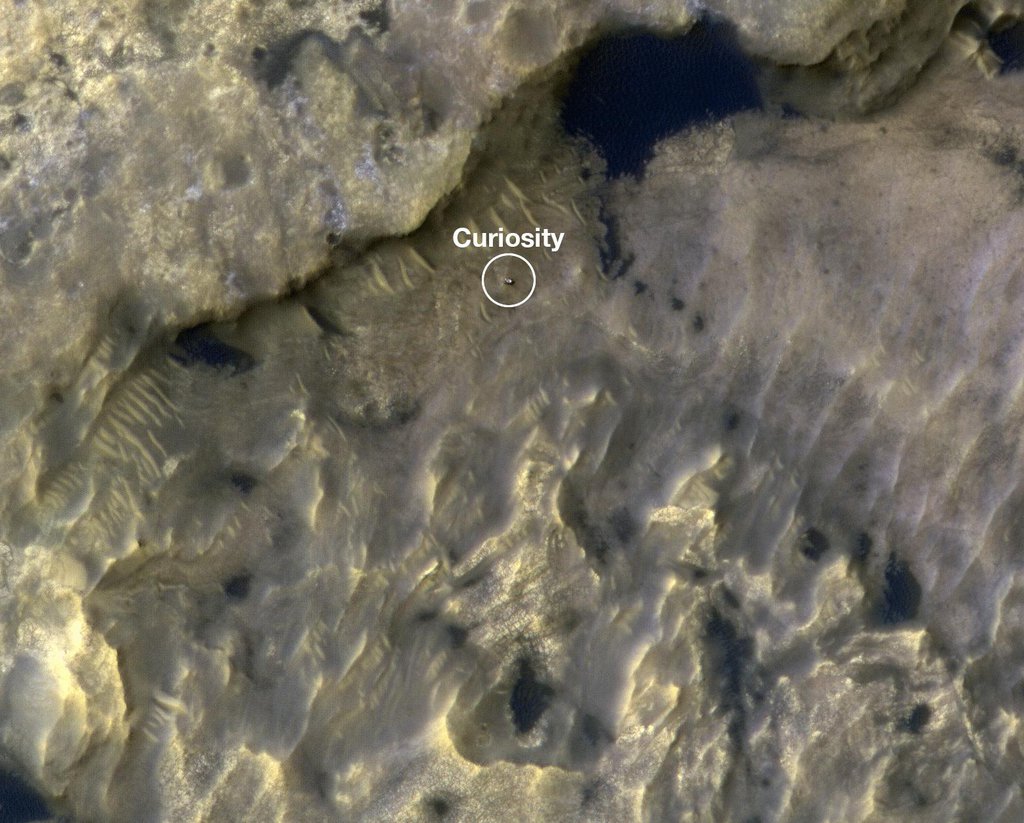 This animation shows the position of NASA's Curiosity rover as it journeyed 1,106 feet (337 meters) through an area of Mount Sharp called "the clay-bearing unit" between May 31 and July 20, 2019. Each of these two images were taken by the HiRISE camera on NASA's Mars Reconnaissance Orbiter.

The first image shows the rover, which appears as a gray speck, at a location called "Woodland Bay" (top center). The second shows "Sandside Harbour" (bottom center, near the dark sand patch). Look carefully and you can even see the rover's tracks arcing to the right of the second image.

NASA's Jet Propulsion Laboratory, a division of Caltech in Pasadena, California, manages the Mars Reconnaissance Orbiter Project as well as the Curiosity mission for NASA's Science Mission Directorate, Washington. The University of Arizona, in Tucson, operates HiRISE, which was built by Ball Aerospace & Technologies Corp., in Boulder, Colorado.