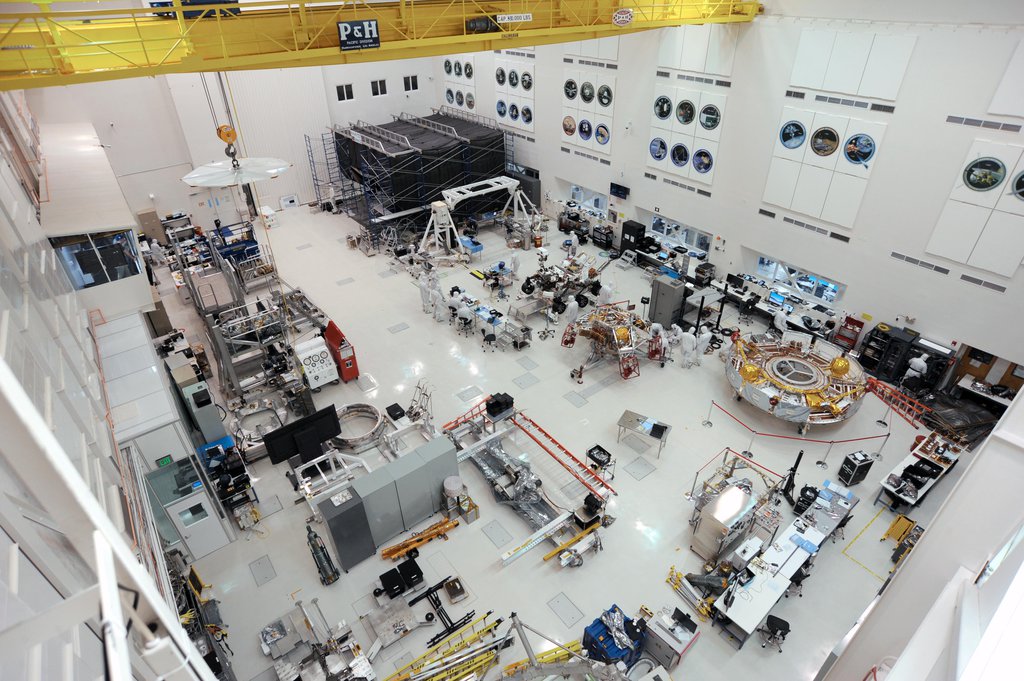 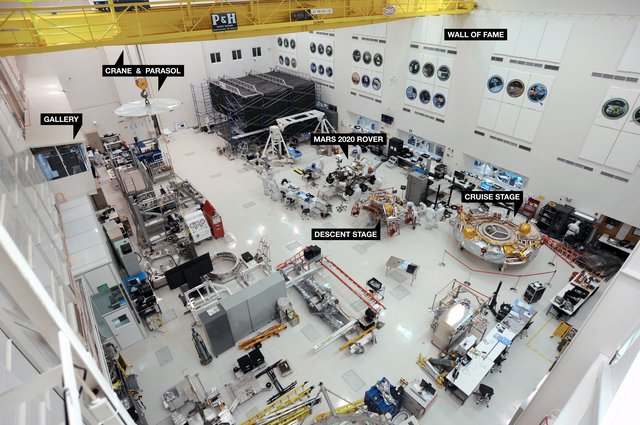 Many of NASA's most famous robotic spacecraft were assembled and tested in High Bay 1, including most of the Ranger and Mariner spacecraft; Voyager 1; the Galileo and Cassini orbiters; and all of NASA's Mars rovers. An annotated version of the image points to the facility's Wall of Fame, featuring emblems of those and other spacecraft that successfully launched after being built in the room. It also points to other features of the room, including the facility's gallery, which hosts about 30,000 members of the public each year.