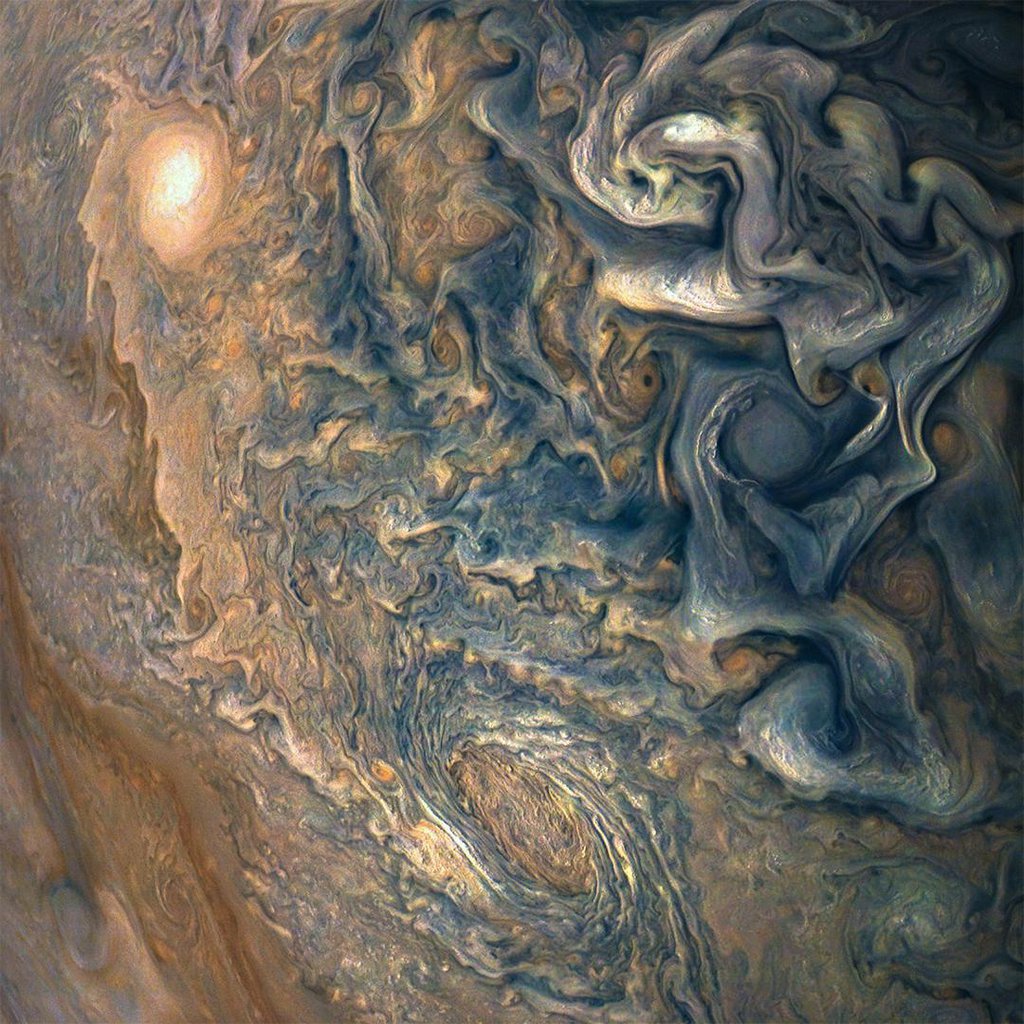 NASA's Juno spacecraft was a little more than one Earth diameter from Jupiter when it captured this mind-bending, color-enhanced view of the planet's tumultuous atmosphere.

Jupiter completely fills the image, with only a hint of the terminator (where daylight fades to night) in the upper right corner, and no visible limb (the curved edge of the planet).