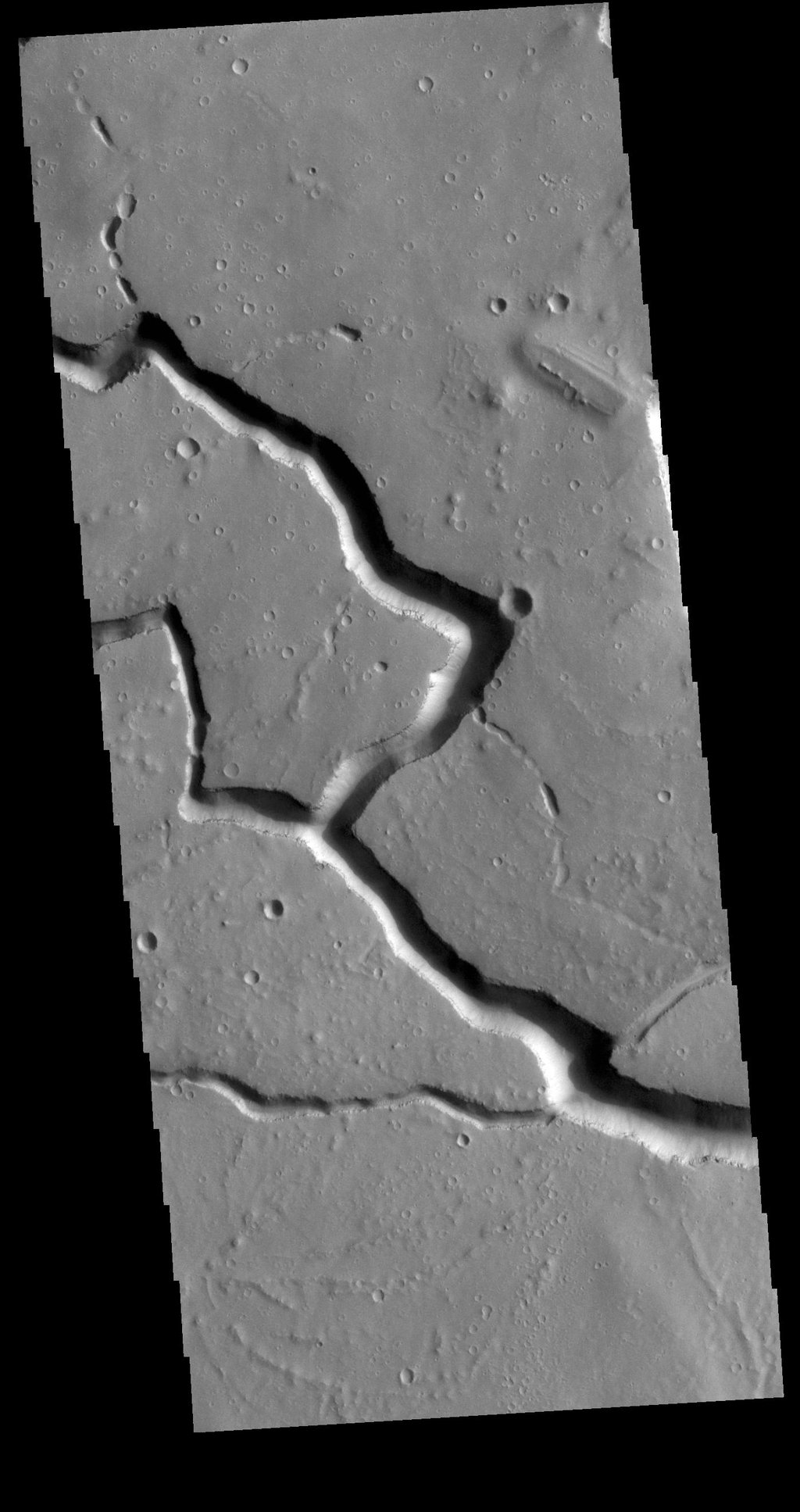 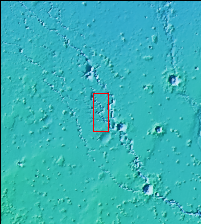 This VIS image is located in the central portion of Hephaestus Fossae. Hephaestus Fossae is a complex channel system in Utopia Planitia near Elysium Mons. It has been proposed that the channel formed by the release of melted subsurface ice during the impact event that created a large crater south of this image. Additionally, the nearby Elysium volcanic center created subsurface heating that may have played a part in creating both Hephaestus Fossae and Hebrus Valles to the north. Since many of the channels have right angle intersections, tectonic forces may also have played a part in the formation of this system. In fact, the entire feature is called a 'fossae' rather than a 'vallis', recognizing the dual forces of tectonic stresses and fluid flow. The entire system is approximately 605km long (375 miles).