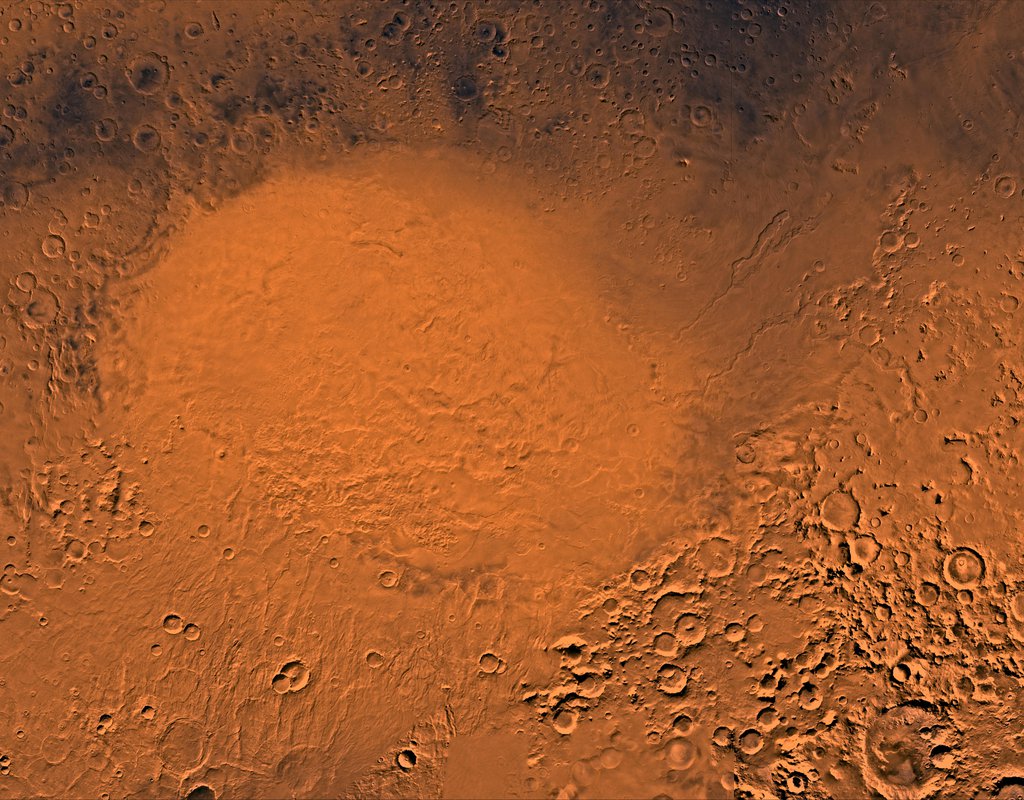 A color image of the Hellas Planitia region of Mars; north toward top. The scene shows the Hellas plain within the 1,800- km-diameter Hellas basin, an ancient impact basin (and the largest basin on Mars) formed when a large projectile (asteroid, comet, meteor) hit the surface.

The exact diameter of the ancient Hellas basin is difficult to determine because large portions of the rim are missing to the northeast and southwest. In addition several large patera or low volcanoes (Tyrrhena, Hadriaca, Amphitrites) occur along or near the rim and their flows have partially buried the older impact deposits. Outside the rim are several large, arcuate, inward-facing escarpments which could be remnants of multiple rings. The plains of Hellas are very complex; fluvial channels drain into the basin and the plains have been described as being a mixture of fluvial, lacustrine, glacial, eolian, and volcanic deposits. Frequent dust storms occur within the basin.