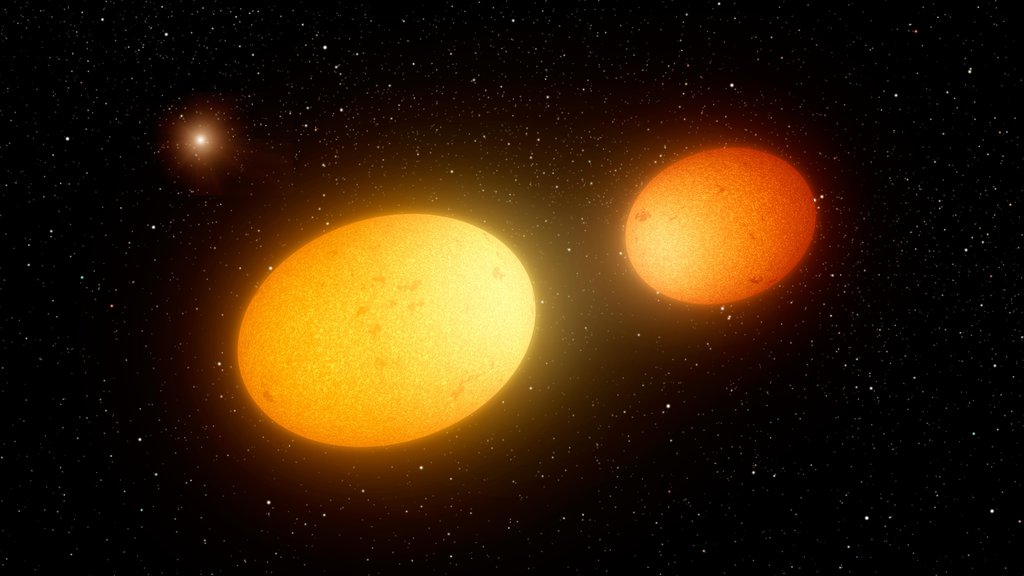 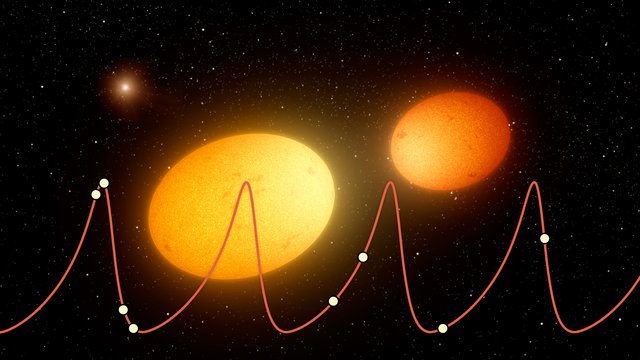 This artist's concept depicts "heartbeat stars," which have been detected by NASA's Kepler Space Telescope and others.

The illustration shows two heartbeat stars swerving close to one another in their closest approach along their highly elongated orbits around one another. The mutual gravitation of the two stars would cause the stars themselves to become slightly ellipsoidal in shape.

A third, more distant star in the system is shown in the upper left. Astronomers speculate that such unseen companions may exist in some of these heartbeat star systems, and could be responsible for maintaining these oddly stretched-out orbits.

The overlaid curve in Figure 1 depicts the inferred cyclic change in velocities in one such system, called KIC 9965691, looking something like the graph of an electrocardiogram (hence the name "heartbeat stars"). The solid points represent measurements made by the HIRES instrument at the W.M. Keck Observatory, and the curve is the best fit model for the motions of this system.