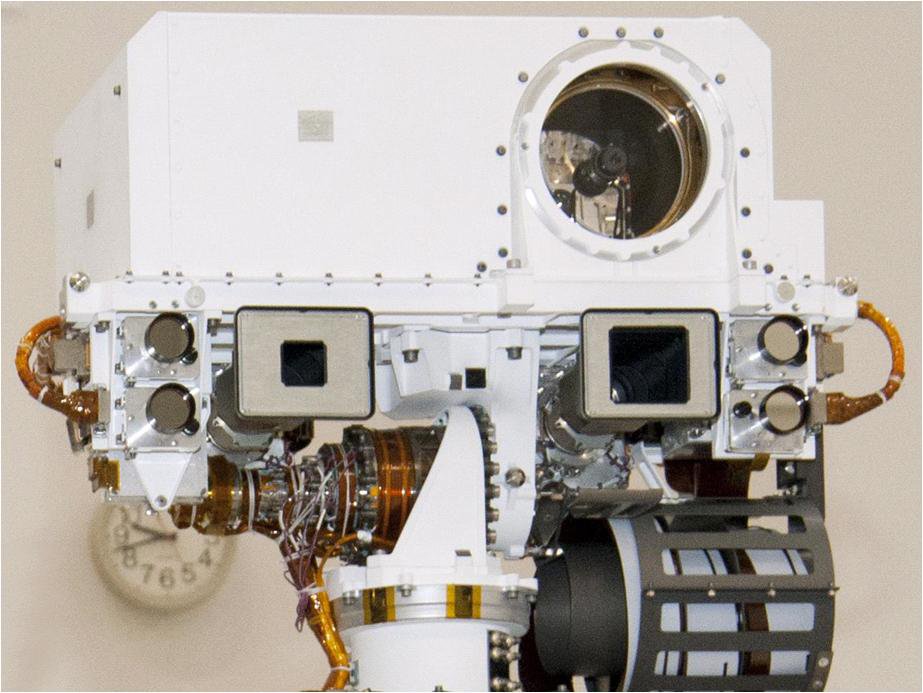 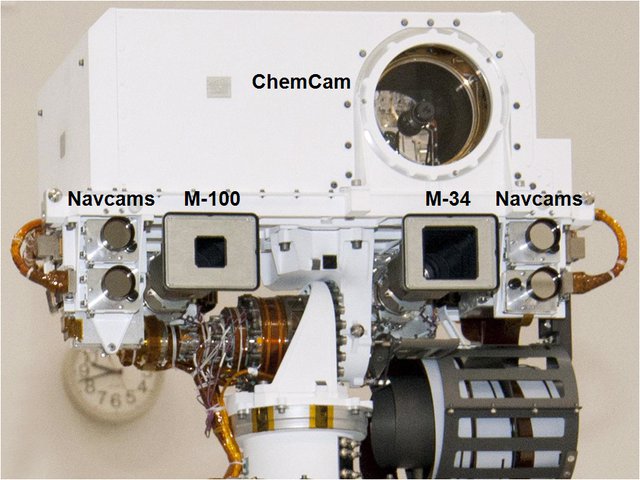 This view of the head of the remote sensing mast on the Mars Science Laboratory mission's rover, Curiosity, shows seven of the 17 cameras on the rover. Two pairs of Navigation cameras (Navcams), among the rover's 12 engineering cameras, are the small circular apertures on either side of the head. On the top are the optics of the Chemistry and Camera (ChemCam) investigation, which includes a laser and a telescopic camera. The Mast Camera (MastCam) instrument includes a 100-millimeter-focal-length camera called MastCam-100 or M-100, and a 34-millimeter-focal-length camera called the MastCam-34 or M-34. The two cameras of the MastCam are both scientific and natural color imaging systems. The M-100 looks through a 1.2-inch (3-centimeter) baffle aperture, and the M-34 looks through a 2.1-inch (5.3-centimete) baffle aperture.