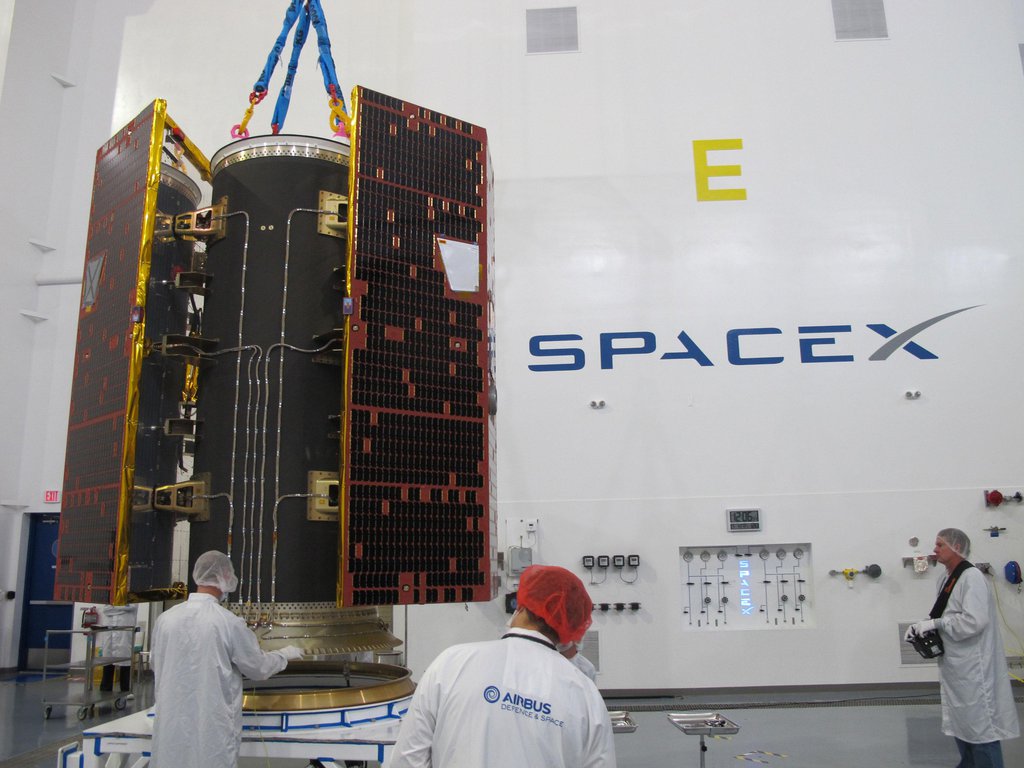 Technicians inspect the twin GRACE Follow-On satellites and their multi-satellite dispenser at the SpaceX facility at Vandenberg Air Force Base in California. The satellites were subsequently stacked atop another satellite dispenser containing the five Iridium NEXT communications satellites they will share a ride to orbit with.