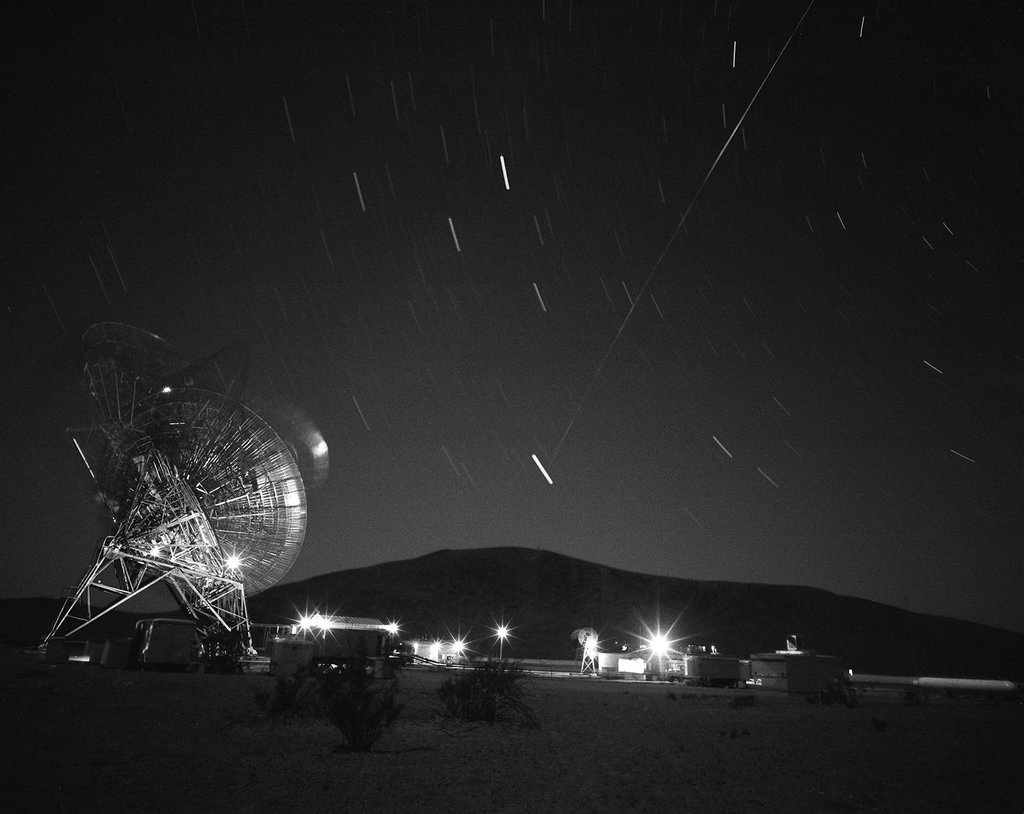 This photograph shows the first pass of Echo 1, NASA's first communications satellite, over the Goldstone Tracking Station managed by NASA's Jet Propulsion Laboratory, in Pasadena, California, in the early morning of Aug. 12, 1960. The movement of the antenna, star trails (shorter streaks), and Echo 1 (the long streak in the middle) are visible in this image.

Project Echo bounced radio signals off a 10-story-high, aluminum-coated balloon orbiting the Earth. This form of "passive" satellite communication -- which mission managers dubbed a "satelloon" -- was an idea conceived by an engineer from NASA's Langley Research Center in Hampton, Virginia, and was a project managed by NASA's Goddard Space Flight Center in Greenbelt, Maryland. JPL's role involved sending and receiving signals through two of its 85-foot-diameter (26-meter-diameter) antennas at the Goldstone Tracking Station in California's Mojave Desert.