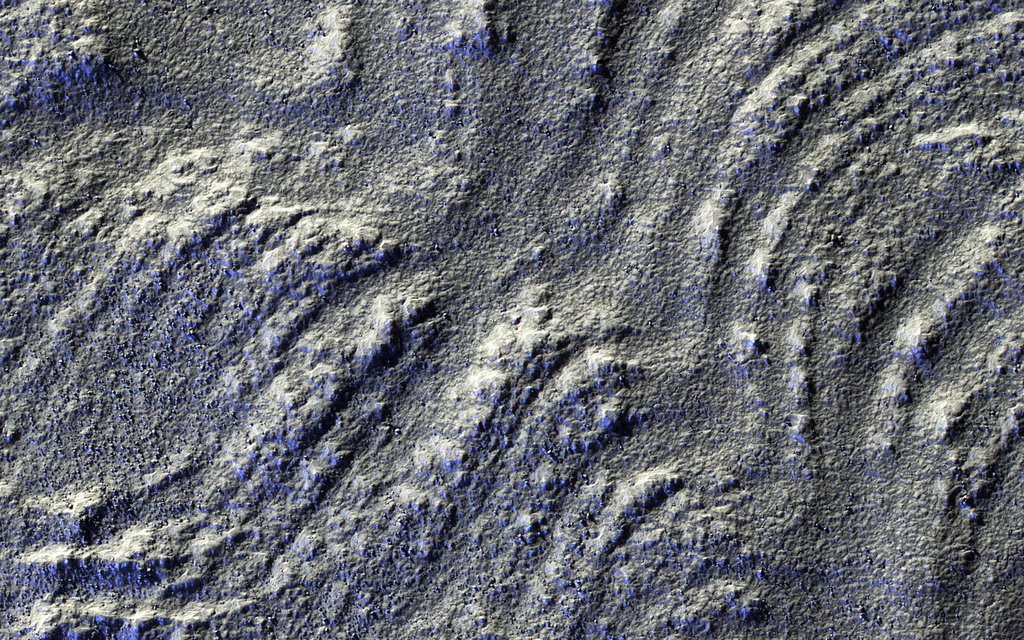 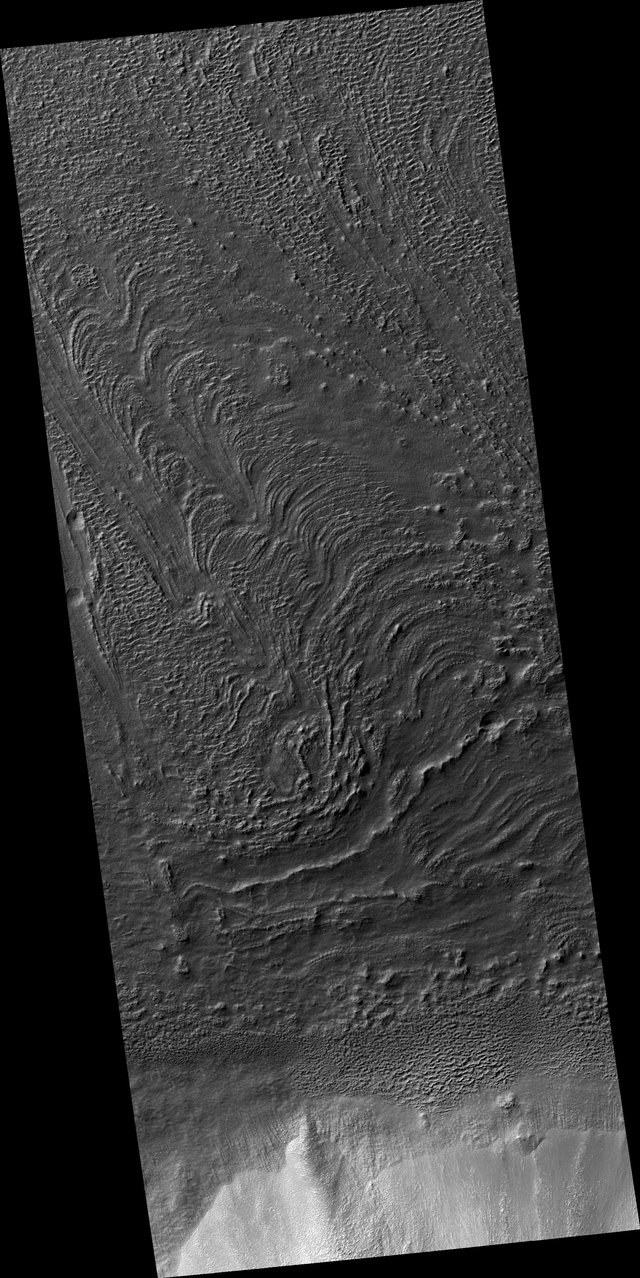 This image has low-sun lighting that accentuates the many transverse ridges on this slope, extending from Euripus Mons (mountains).

These flow-like structures were previously called "lobate debris aprons," but the Shallow Radar (SHARAD) instrument on MRO has shown that they are actually debris-covered flows of ice, or glaciers. There is no evidence for present-day flow of these glaciers, so they appear to be remnants of past climates.