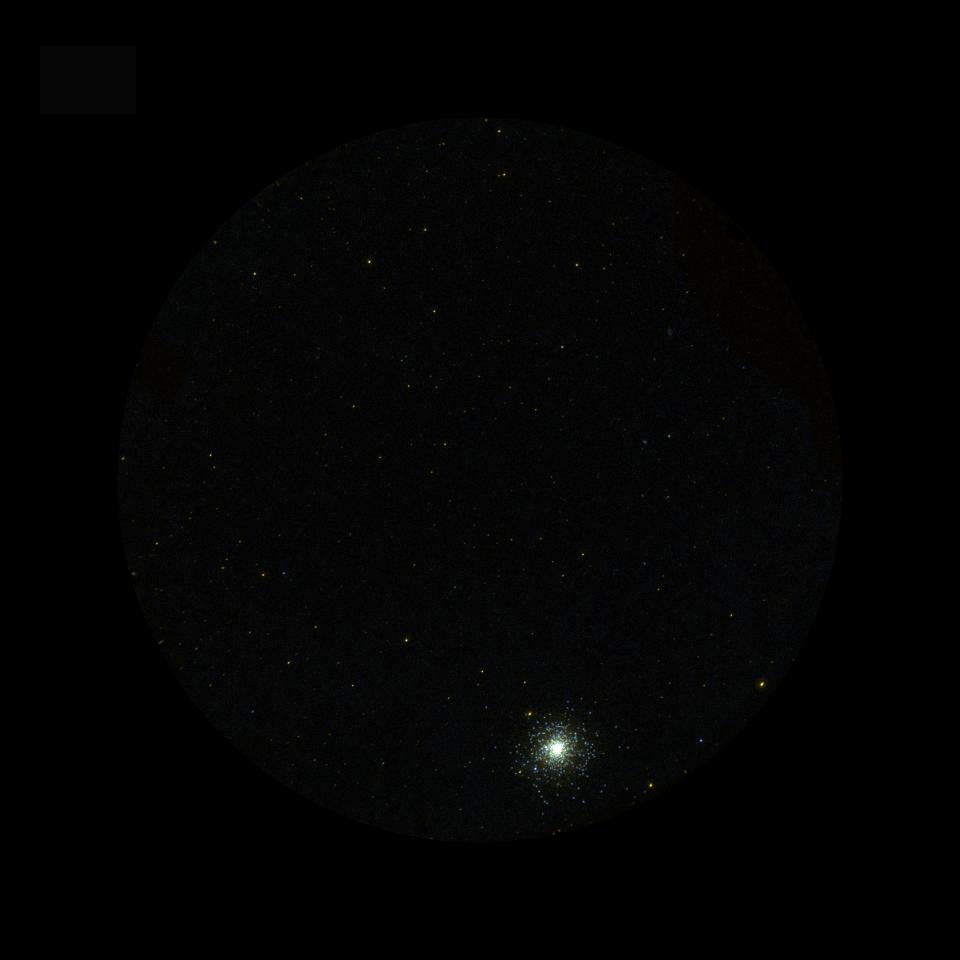 This image of the Globular cluster Messier 2 (M2) was taken by Galaxy Evolution Explorer on August 20, 2003. This image is a small section of a single All Sky Imaging Survey exposure of only 129 seconds in the constellation Aquarius. This picture is a combination of Galaxy Evolution Explorer images taken with the far ultraviolet (colored blue) and near ultraviolet detectors (colored red). Globular clusters are gravitationally bound systems of hundreds of thousands of stars that orbit in the halos of galaxies. The globular clusters in out Milky Way galaxy contain some of the oldest stars known. M2 lies 33,000 light years from our Sun with stars distributed in a spherical system with a radius of approximately 100 light years.