Glare on the Window 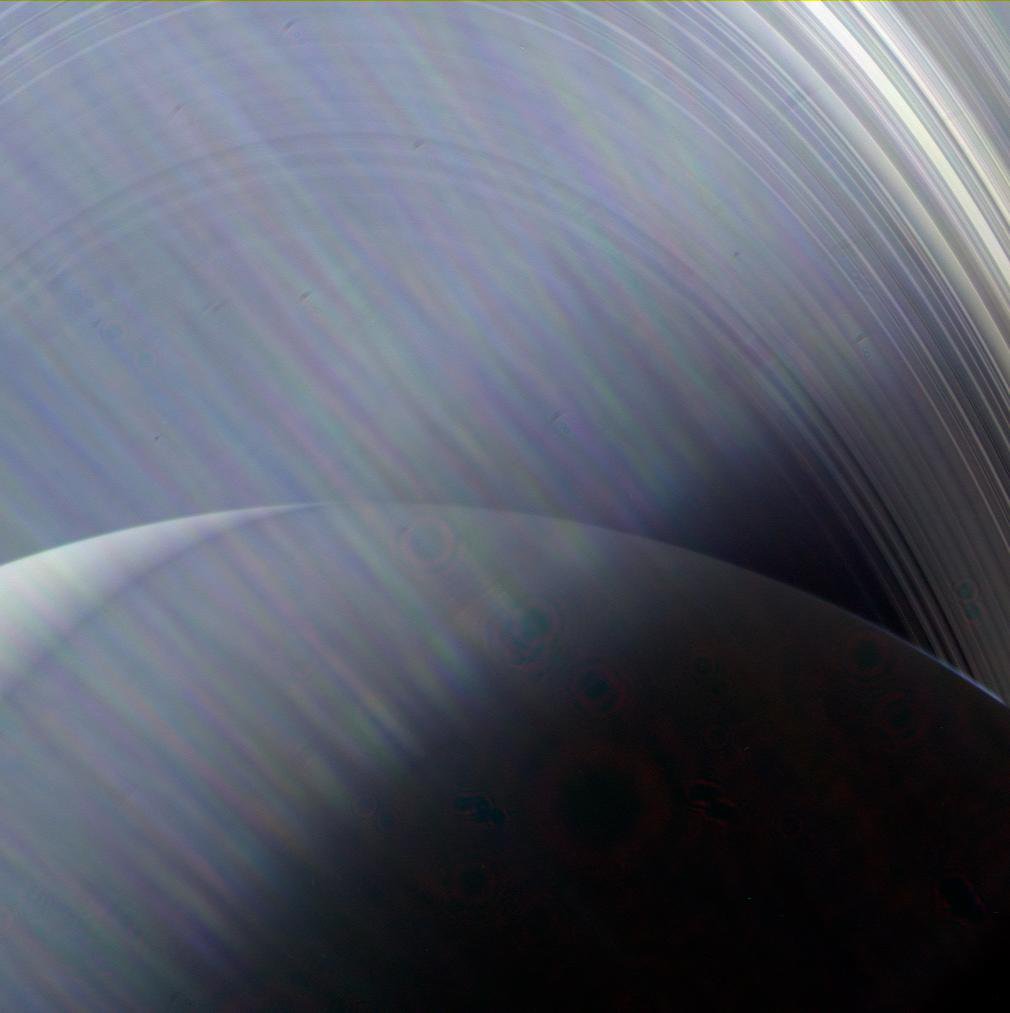 In this image, NASA's Cassini sees Saturn and its rings through a haze of Sun glare on the camera lens. If you could travel to Saturn in person and look out the window of your spacecraft when the Sun was at a certain angle, you might see a view very similar to this one.

Images taken using red, green and blue spectral filters were combined to show the scene in natural color. The images were taken with Cassini's wide-angle camera on June 23, 2013, at a distance of approximately 491,200 miles (790,500 kilometers) from Saturn.