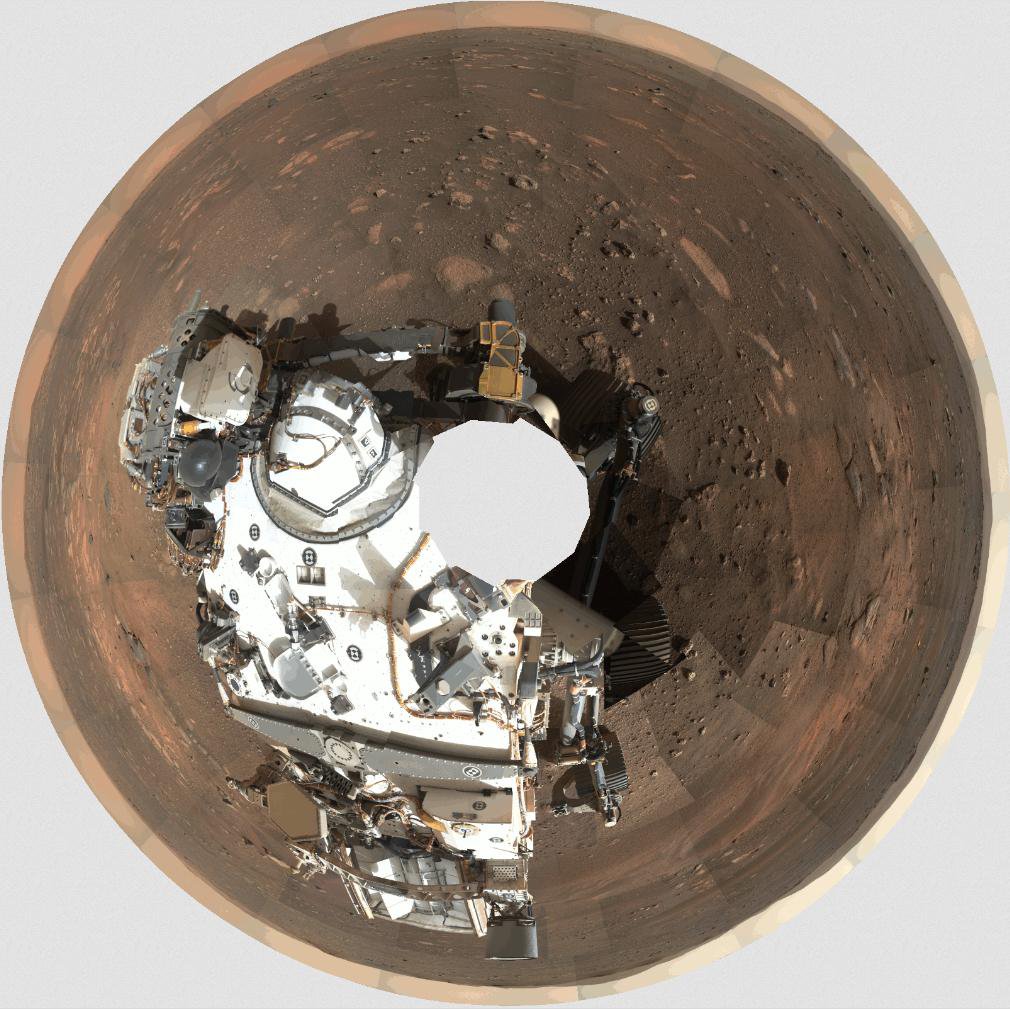 This GIF shows the order in which the 142 images that make up Mastcam-Z's first 360-degree panorama were taken. Mastcam-Z is a pair of zoomable cameras on the mast, or "head," of NASA's Perseverance Mars rover.