Ghostly Remnant of an Explosive Past 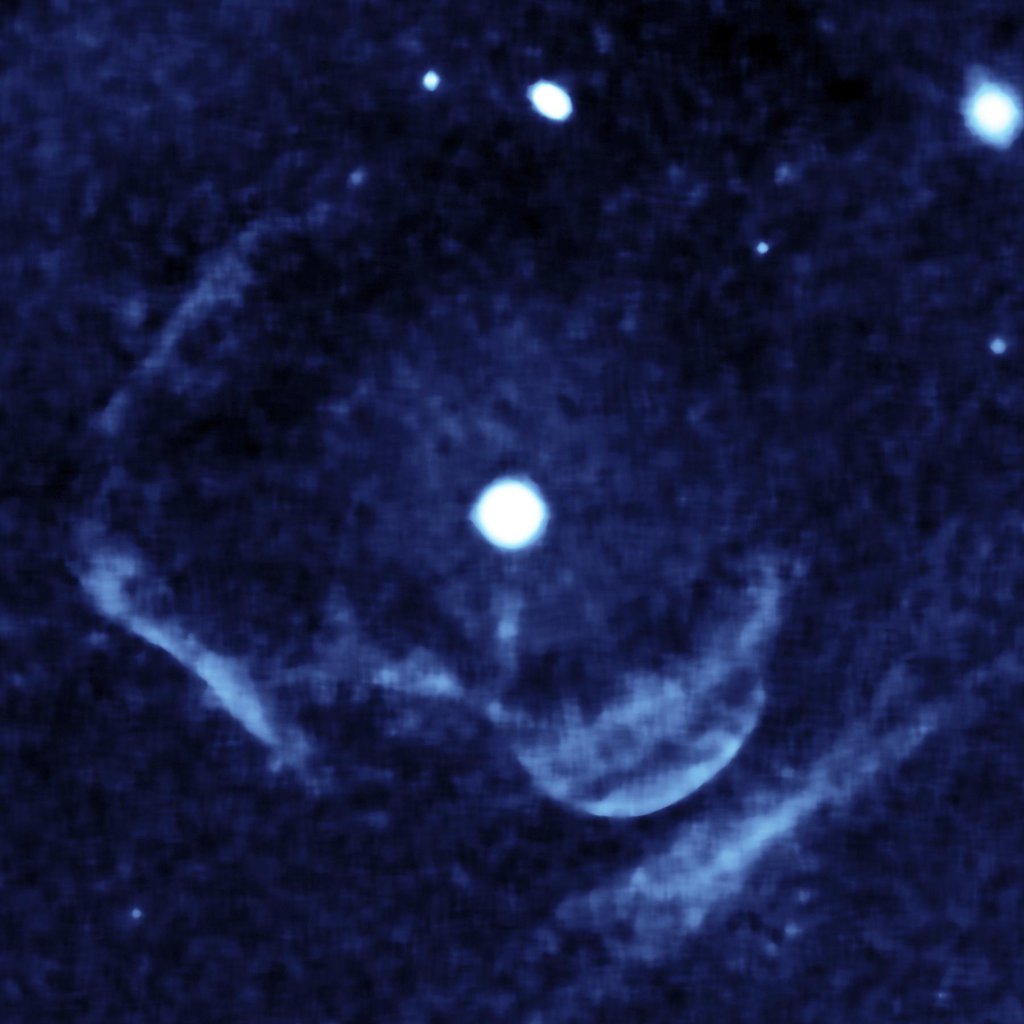 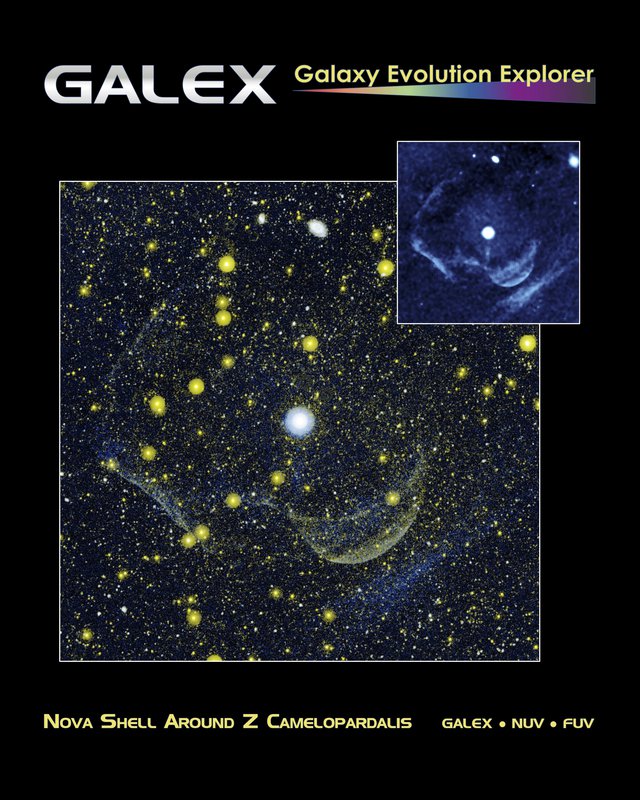 This enhanced image from the far-ultraviolet detector on NASA's Galaxy Evolution Explorer shows a ghostly shell of ionized gas around Z Camelopardalis, a binary, or double-star system featuring a collapsed, dead star known as a white dwarf, and a companion star.

The image was processed to enhance the diffuse emissions from the shell. Z Cam is the bright object near the center of the image. Parts of the shell are seen as a lobe-like, light-blue feature below and to the right of Z Cam, and as two large, light blue, perpendicular lines on the left.

The massive shell around Z Cam provides evidence of material ejected during and swept up by a powerful nova eruption, called a classical nova, which likely occurred a few thousand years ago.

In exploding binary systems, one of the two stars steals material from the other until it builds up to a certain level; at that point, the system erupts in a giant inferno. In the case of Z Cam, the white dwarf is pilfering material from its sedate companion.

Z Cam was the one of the first known recurrent dwarf novae. Yet the shell of ionized gas around Z Cam detected by the Galaxy Evolution Explorer can only be explained as the remnant of a full-blown classical nova explosion. The discovery of the shell provides the first evidence that some binary systems undergo both types of explosions. Previously, a link between the two types of novae had been predicted, but there was no evidence to support the theory.

The Galaxy Evolution Explorer first began imaging Z Cam in 2003; this image was taken on Jan. 25, 2004. The type of emission found around Z Cam is most easily visible at far-ultraviolet wavelengths.

Most of the background galaxies and stars have been eliminated by the image processing, although a few linger as white spots near the top. The light-blue streaky clump in the bottom right corner is created by ultraviolet light reflected by dust. It is uncertain if Z Cam is the source of the dust-scattered light.