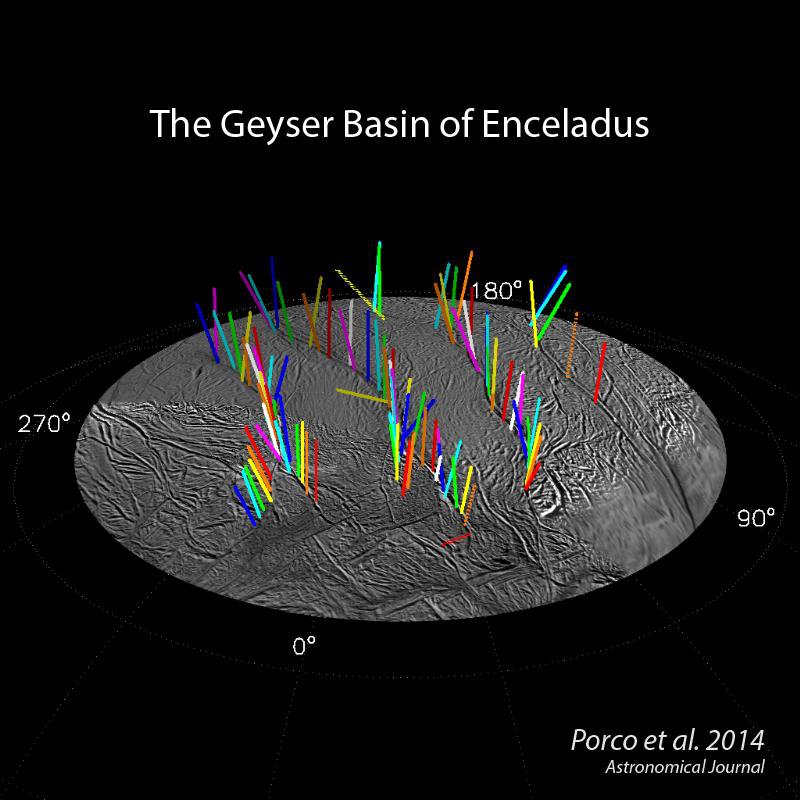 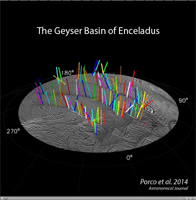 This graphic shows a 3-D model of 98 geysers whose source locations and tilts were found in a Cassini imaging survey of Enceladus' south polar terrain by the method of triangulation. While some jets are strongly tilted, it is clear the jets on average lie in four distinct "planes" that are normal to the surface at their source location.

Dotted vectors indicate five jets whose sources were determined from images acquired too closely in time to determine tilts accurately. Consequently their 3-D configuration has a large uncertainty associated with it.

Two geysers, indicated by crosses in PIA17188, have no tilt determinations at all and are not shown here.

A movie showing a 360-degree view of this model is also presented here.